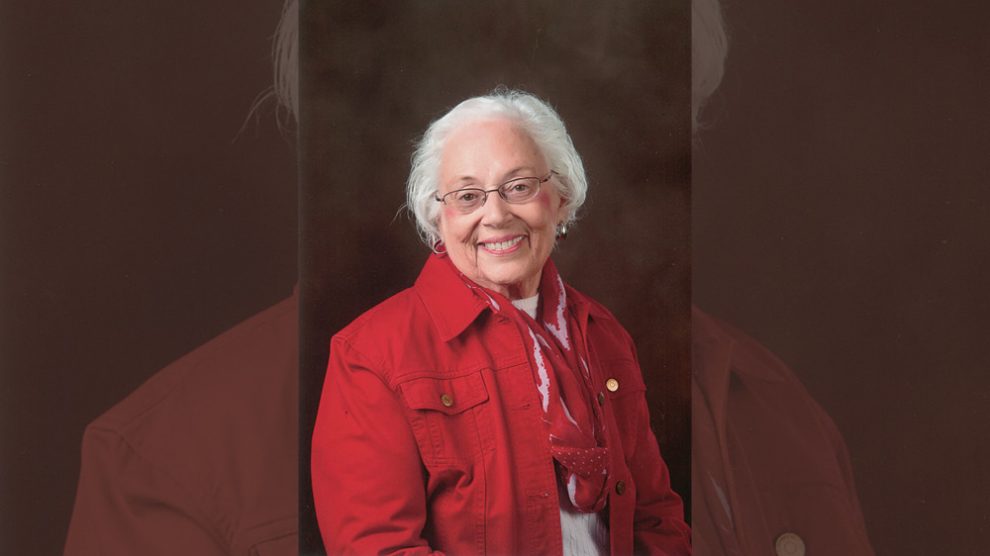 Mary Alice Chapman, ’62, had a dream to change lives. Through the influence of professors and friends on Bison Hill, that dream became a reality, leading to decades of impact in Texas classrooms.

Mary Alice (Leach) Chapman was born in Ada, Oklahoma, in May 1940. Coming of age in the post-World War II era, she dreamed of earning a college degree and living the American dream. She still remembers the day when, as a teenager, her mother told her she would be able to attend OBU.

Excited by the future in front of her, Mary Alice felt blessed to be on her way to Bison Hill.

“The main reason I wanted to attend OBU was the high standards and its high academics,” she said. “That decision has influenced my life since college and has given me a basis for life.”

She recalls one special professor in particular that made a tremendous impact on her time on campus, both inside and outside of the classroom.

“Opal Craig [associate professor of speech] was such a wonderful Christian who had a big influence on my life. She was a great teacher and leader. In her speech classes, she would inspire us to do our best in the classroom and in our lives. One day, she asked me if I would be her secretary. I was so thrilled. I worked for her for three or four years, and she was a fantastic person to work with. I had great respect for her and for her teaching.”

Upon graduating with a Bachelor of Science in education in 1962, Chapman began teaching fifth grade language arts at Martin Weiss Elementary in the Dallas Independent School District. She taught at Weiss until 1966, when she served as counselor at Boude Story Middle School, also in Dallas.

The following year, Chapman truly put down her teaching roots, returning to the classroom in the Dallas school district, where she taught fifth grade language arts from 1969 until her retirement in 2004.

“When I was in education, I worked as a teacher and a counselor. My work kept my mind in focus. As a teacher, I was challenged to keep my students interested in learning and to help them follow their dreams. My most rewarding experience was seeing one of my former students grow up to become a teacher. As a counselor, I was ready to aid students at any time with anything from personal and academic problems to scheduling.”

Chapman did indeed make a tremendous impact on her students through the years. She was recognized as the 1988-89 Teacher of the Year for Martin Weiss Elementary School.

One Profile in Excellence award nominator wrote of her, “She was a dedicated teacher who took the principles of Christian love, service and compassion – all basic to the fiber of OBU – to the world. God’s plan was for her to be among the throngs of dedicated teachers who are our unsung heroes. She was a much desired and highly regarded teacher.”

Chapman credits her preparation at OBU as invaluable to her success in the classroom.

Chapman and her husband, Joe, who is also a retired teacher, have enjoyed 49 years of marriage. Their daughter, M’Lynne Miller, ’96, son-in-law and two granddaughters live in the same neighborhood. In her spare time, she enjoys swimming, reading a good book and traveling. The Chapmans are members of Longbranch Community Baptist Church in Midlothian, Texas, where Joe serves as a deacon.

An Unexpected Journey to Bison Hill