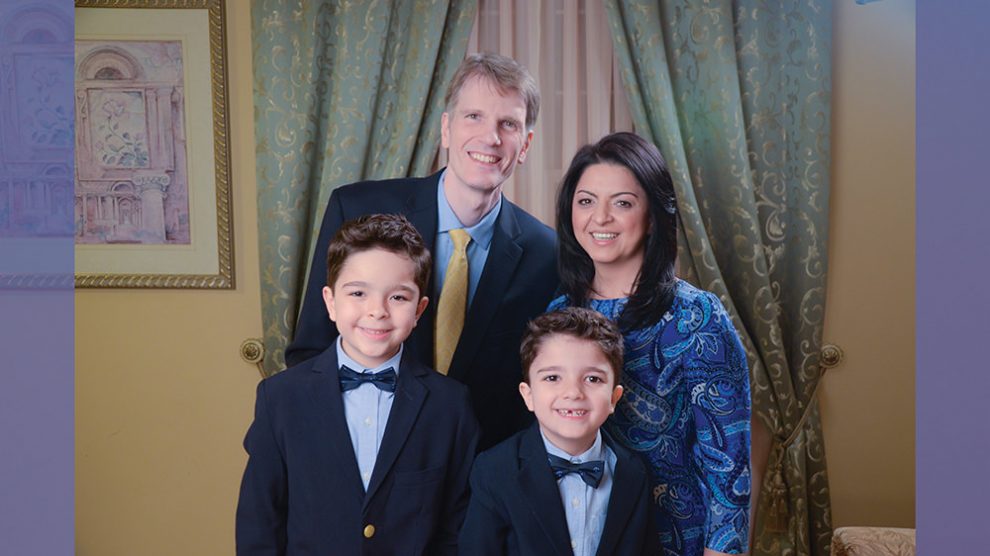 Jeff De Vries, ’93, humbly ministers behind the scenes in television production. One frame at a time, he hopes to relay the love of Christ to the surrounding community.

During his time on Bison Hill, De Vries claims to have been a “relative unknown.” Fast forward 25 years to present day, and the OBU telecommunications graduate has claimed several national awards and regional Emmy’s for his work on “Primary Focus,” a nationally syndicated, Christian newsmagazine show.

Despite continuing to receive awards for his directing and producing for the Chicago-based Total Living Network, De Vries still claims to be a “relative unknown.”

“I feel awkward focusing on my successes because it’s not the way I was raised,” De Vries said. “I am merely a servant who is glad to be a part of what God is doing, and He deserves all the credit.”

From a young age, De Vries passionately wanted to become a missionary. Having traveled to Germany twice as an exchange student in high school, he had planned on preparing for foreign missions and studying the German language so he could eventually plant churches overseas. He decided to attend OBU to follow that plan.

“It is difficult to imagine what life would have been like had I not gone to OBU,” he said. “College years are foundational years, and for me, they were transitional years.”

The summer before his sophomore year, De Vries developed a severe skin condition that greatly affected his ability to participate in school. He would break out in hives, shake uncontrollably and experience terrible pain. The doctors and specialists were unsure how to treat him.

“After wrestling with God, I rested in the fact that if God could solve my biggest problem of eternal salvation, He could handle my current problem,” he said.

The doctor found a solution to help mask the issues he experienced, enabling him to return to school. Though the skin condition continued to affect him during his sophomore year, he was able to find his stride when he changed his major to telecommunications during his junior year.

Thanks to his telecommunications professors Dr. Roger Hadley and Dr. David Byland he and  students like him were able to use equipment early on in their college careers, De Vries said.

“I got to learn all the positions on a TV crew at OBU, from studio production to field shooting, from writing and producing to editing and on-camera reporting,” he said. “My professors simulated real career level expectations and they were great mentors from both creative and technical standpoints.”

Though he changed his major, he never lost his heart for missions, continuing his education at Moody Bible Institute where he earned a Graduate Studies Program certificate.

Since 2004, De Vries has worked in a variety of roles for the Total Living Network, the most recent as the director of community relations.

“I have had to re-invent my career about every five years since graduating. OBU was the perfect training for me,” he said. “The role in the community is what I love most. With a heart for ministry and skills for media, I have been able to partner with leaders and ministries in the area across several groups and nationalities.”

In co-producing the TLN show “Faith Chicago,” De Vries and his team highlight the good news happening in Chicagoland, dealing with issues facing the area and exposing Christians to other believers with different backgrounds. The National Religious Broadcasters recently awarded “Faith Chicago” as 2018’s Television Program of the Year.

In his free time, De Vries loves spending time with his family most. He and his wife, Aurora, have two sons, Matthew “Buddy” and Charlie. He can also be found playing bass in his bluegrass Gospel band, “Just Over Yonder.”

Watch a video of the award-winning “Faith Chicago” program.

Chris Cragin-Day and Steve Day: From Bison Hill to the Big Apple