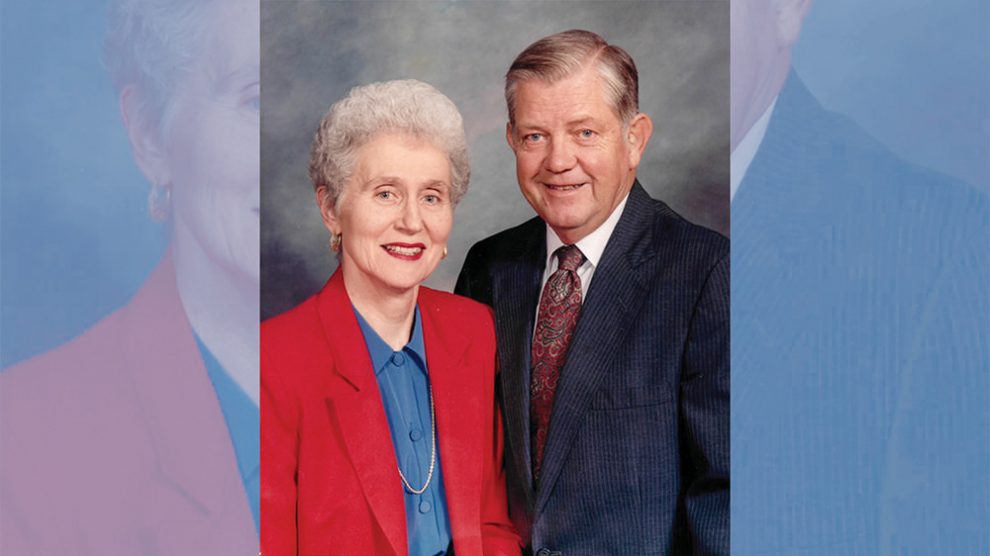 Dr. Dan Hodges, ’53, was born into ministry. The seventh child of a Baptist pastor, the church has always been near and dear to him. So, too, has Oklahoma Baptist University.

Hodges and five of his siblings attended OBU and his father was a trustee from the 1920s to the 1950s. His father, Jesse, attended Oklahoma Baptist College in Blackwell, setting the example for his children on the value of Baptist higher education. He also has fond memories of attending an OBU football game in 1940, when he was still a child, just before the university shuttered the program for the next seven decades. So, when it came time to attend a university, he never considered going anywhere else.

He came to Bison Hill in 1948, originally majoring in government. After two years, he changed his major to music and thrived in its study. He was greatly affected by Dean Warren M. Angell, the director of the Bison Glee Club and dean of the College of Fine Arts, who was his model for choral directing. He also was deeply impacted by Louis Cunningham, his voice teacher, who was his model for voice instruction and later his colleague.

It was during his time at OBU that Hodges met his wife. In 1949, the Bison Glee Club performed at the Southern Baptist Convention in Oklahoma City. While there, Hodges met a young lady named June (Terrell), ex ’51, who changed his life forever. She was performing in a trio with a group from out of state. The two met at a local restaurant when they all went out to eat together.

That fall, June came to OBU as a student. They began dating and were married in 1951 while both were still students. He still grins at the fact that he became known as the first member of the Bison Glee Club to take his wife on tour, as June was part of the Glee Club as one of the Little Sisters. He loved his time in the Club, and spent time serving both as the group’s president and student director.

Following their time at OBU, they entered the ministry together and served the Lord in churches in Oklahoma, North Carolina and Texas. Those first 16 years away from Bison Hill were spent in church music and youth ministry, continuing education and raising three children. The superior quality of the education received at OBU propelled Hodges to the top of his profession, as many churches sought out OBU graduates to serve in their churches. His years on campus instilled within him a passion for music, faith and service. During his ministry years, Hodges earned a master’s degree from Southwestern Baptist Theological Seminary in Fort Worth, Texas.

In 1969, Hodges was hired at OBU as a music professor and taught voice, music theory, humanities and many other classes. He spent the next three decades teaching students, while his wife served for 30 years as the secretary and administrative assistant to the OBU president. While on faculty at OBU, he earned a Ph.D. in Music from the University of Oklahoma.

Hodges recalled the most rewarding part of his job was to see his students, choir members and young people succeed. He always enjoyed having students come back to visit over the years and has been blessed by the many lifelong friendships from the churches he served and the students he taught.

Hodges still calls Shawnee home. He and June built their lives in the community, living there the better part of five decades before her passing in 2015 after 64 years of marriage. They spent many years serving as active members of First Baptist Church of Shawnee, where he directed a senior adult choir for 21 years and June directed the children’s choir for 42 years. During their lives, they spent time in 24 countries and spent a good amount of time traveling with the Singing Churchmen and Singing Churchwomen of Oklahoma. Yet, no matter the distance spanned, Bison Hill was never far from their hearts.

“Other than 16 years in church work, the rest of my life has been associated with OBU,” he said. “It’s very near and dear to me, and it has been all these years. I love OBU and will continue to love it.”

Chris Cragin-Day and Steve Day: From Bison Hill to the Big Apple