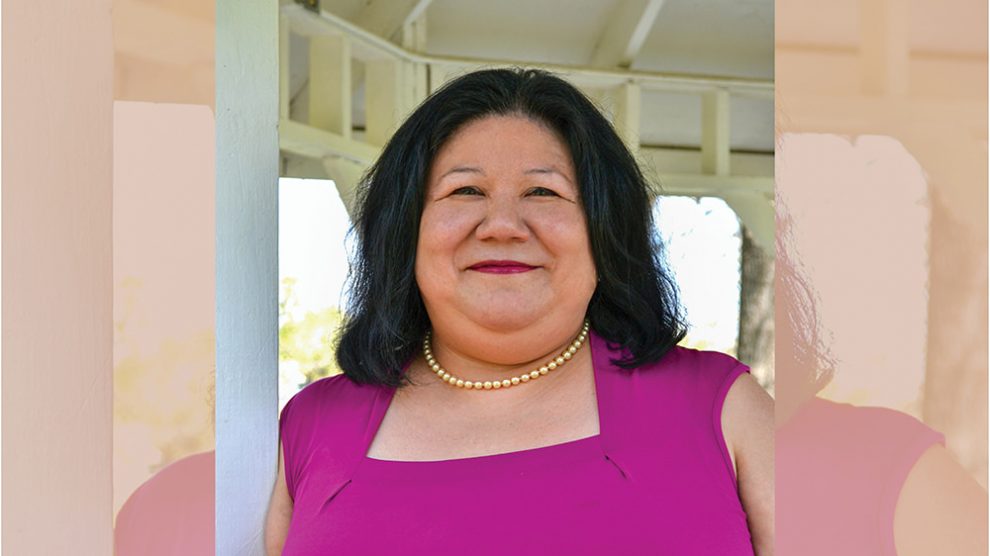 Elizabeth Bird, ’98, has always been aware of the influence of two different worlds on her life: Keetoowah Cherokee and Southern Baptist.

Growing up in a home that valued both Christianity and her Keetoowah Cherokee heritage, Elizabeth Bird was always a driven woman. She knew from a young age that if she earned good grades in school, she could go anywhere she wanted for college, and that’s exactly what she did. In 1991, she became the first female student from Tahlequah and the first Keetoowah Cherokee to graduate from the University of Notre Dame. A few years later, she began taking classes at OBU, graduating with her second bachelor’s degree in 1998. But she wasn’t finished with school just yet. In 2007, she graduated from Southeastern Baptist Theological Seminary with a Master of Divinity.

Bird had many reasons for wanting to study. “My first degree was for my people,” she said. “My second degree was for me. I wanted to prove to myself that my brain could still study. And my third degree was for God. I went to prepare to do His service better, to be a better Sunday school teacher.”

Growing up with a matrilineal matriarchal heritage, Bird values respect and equality for women. She explained that in her childhood, this was biblically modeled through the strong nature of the women in her family. As the head of the house, the man made the decisions, but women support their husbands, give their opinions and pray for the family every day, she said.

“I’ve always been aware that I live in a family that is a subculture in the U.S.,” she said. “In school, I always knew where I came from and focused on my studies to be the best steward. I can’t break from either culture, but my Christianity comes first. As a result, I understand equality. I am equal to everyone else in the kingdom of God.”

Bird began taking classes through OBU in 1995 because she wanted to challenge herself. During her time on Bison Hill, Dr. Monroe Palmer made a great impact on her.

“Dr. Palmer had a loving warmth about him,” she said. “He was fun, gentle and had a sense of humor. I remember that there were not many women in my religion classes, in fact there were only about six. I got into a discussion with another student about the math in the story of Gideon and his army. I had just studied the story and remembered all of the different numbers, but the other student didn’t believe me. He eventually came around and admitted that I was right, and that I knew what I was talking about when it came to the Bible. What stood out the most to me was that even though we disrupted class, Dr. Palmer just let us go about it. He let me defend myself and my knowledge. He understood that I needed to show that I was an equal.”

Since graduating, Bird has served as the self-governance coordinator for the United Keetoowah Band of Cherokee Indians in Oklahoma, an adjunct professor in the OBU School of Christian Studies and the Native American director for the Notre Dame Alumni Association board of directors.

Bird currently works as the customer service coordinator for Oklahoma City Galaxy Home Recreation. She says that she is learning new skills that she has never had the opportunity to learn before.

“God is currently giving me experiences to bolster executive work,” she said. “I feel like He has something big coming up for me in the future and I must be ready.”

She volunteers with the city of Tahlequah and uses her seminary experience as the education director at her church. Her hobbies include reading the Bible and adventure stories, cross-stitch, knitting on a loom, needle point and having lunch with a group of ladies who all volunteer in Tahlequah.