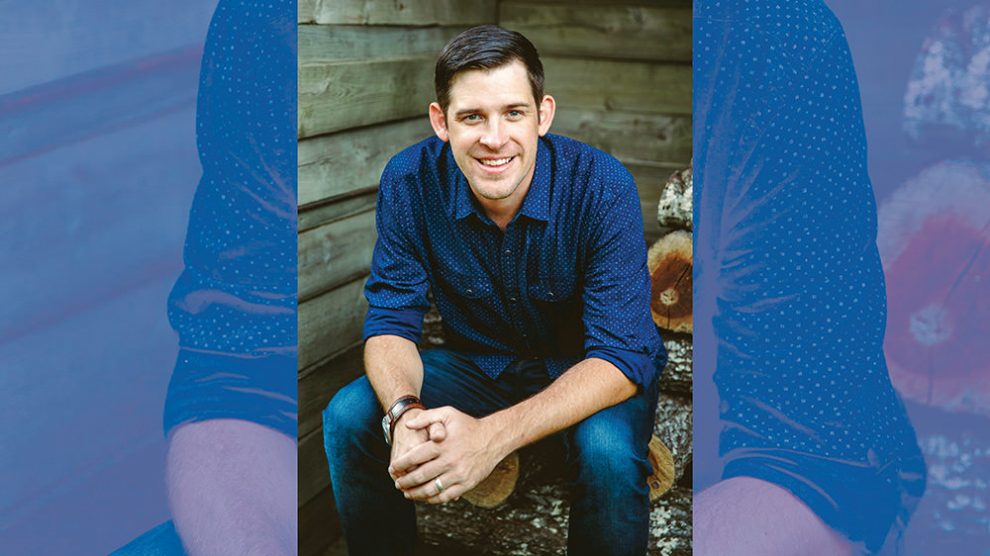 Currently the lead pastor of First West in Monroe, Louisiana, Wood values his time on Bison Hill because of the impact it made on his life.

“Much of who I am today is built on the foundation of my four years at OBU,” he said. “The relationships I built with professors and friends, serving in a local church, and meeting my wife are just a few of the many significant aspects of my OBU years.”

From the first moment Wood laid eyes on OBU’s campus, he knew it was where he belonged.

“I came to Shawnee with my cousin who coached baseball because one of his players was trying out at St. Gregory’s,” he said. “He took me through OBU’s campus and began telling me about the school. I was hooked from that moment on. There was never any question that OBU was where I would attend.”

During his time at OBU, Wood quickly discovered how much his professors cared for not only his education but also his relationship with Christ. Wood especially admired both Dr. Bobby Kelly, Ruth Dickinson professor of religion, and Dr. Tom Wilks, professor emeritus of religious education, for their commitment to his spiritual growth.

“It was evident that these men cared about me as a person,” he said. “They pushed me to grow in my faith and helped nurture a deeper understanding of God’s Word and life in the ministry.”

After graduating in 2003, Wood and his wife, Abby, ex. ’02, spent a short time in Tulsa before moving to Plano, Texas. While there, he served on staff as a minister to ninth and 10th-grade students at Prestonwood Baptist Church and attended Southwestern Baptist Theological Seminary. In 2009, Wood and his family moved to First West, a church in West Monroe, Louisiana, to serve as the student pastor. After five years in the student pastor role, he was called from more than 100 candidates to serve as the lead pastor.

Now responsible for the overall leadership of three separate campuses and their almost 6,000 attendees, Wood often relies on the lessons and skills he learned on Bison Hill to better serve his congregation.

“There’s no doubt that receiving a Christian liberal arts education prepared me for my future,” he said. “I probably didn’t appreciate it as much at the time but having such a well-rounded education has given me the ability to connect with people from all walks of life. I am a better pastor because of my time at OBU.”

Though he has been leading his multi-campus congregation for more than three years, Wood remembers a time when such leadership was overwhelming.

“The greatest challenge in leading a church like First West is having to trust and delegate the ministry to your staff and lay leadership,” he said. “Thankfully, we have a great staff team and lay leadership, but it can often be tough not to be highly involved in every ministry opportunity.”

As part of his leadership over the First West campuses, Wood oversees hundreds of paid and volunteer staff serving the church in various ways. Serving as a leader to such a widespread congregation has required him to balance the historical roots of the church with the vision of its future. Each week, he encounters new challenges to produce sound biblical content and effective leadership.

Though his work is not without its difficulties, Wood is happy to find himself in a place where he can use the skills he has learned to serve the kingdom of God.

“Nothing compares to seeing the Spirit at work,” he said.