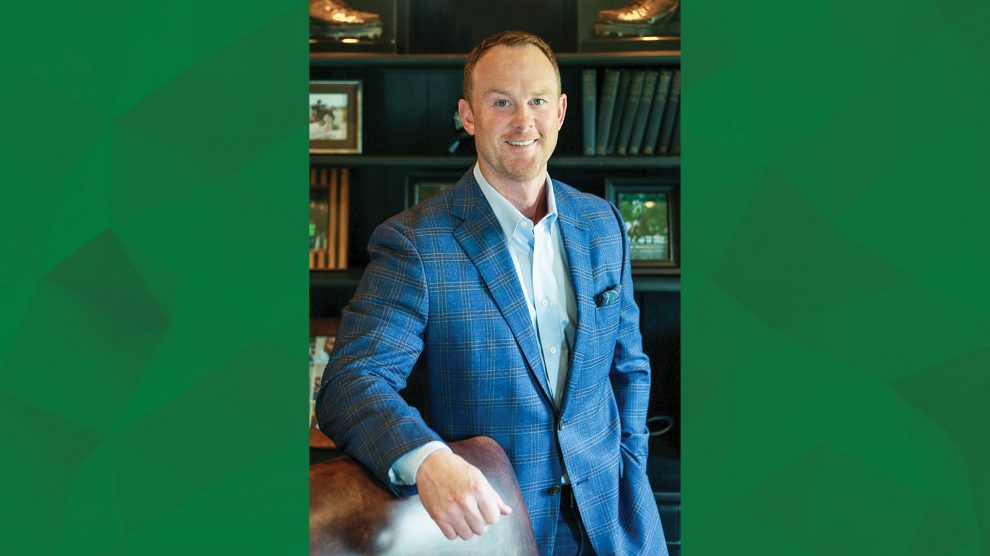 Through his professional life as a successful businessman, Jarrod Frie has remained faithful to his calling to share the Gospel.

“OBU just felt like the right fit for me at the time, and I couldn’t be happier that God led me there,” Frie said. “OBU allowed me the opportunity to create lasting friendships as well as prepare me for life after college.”

While at OBU, Frie had many professors who notably stood out. However, there was one in particular that he would never forget.

“I took a Bible class taught by former OBU president Dr. Bill Tanner,” Frie said. “His understanding of the Word, wisdom, and teaching style made a huge impact on my view of scripture.”

A native of Broken Arrow, Frie returned to the Tulsa area after earning a Bachelor of Science in exercise science at OBU. He then began working in the medical field with Medtronic Spine and Biologics through a distributorship based out of Tulsa. His first position with them entailed running surgical sets between hospitals, but he eventually became a spine and biologics representative for them, selling implants to orthopedic and neuro spine surgeons.

After several years working for Medtronic and gaining valuable knowledge and experience in the industry, Frie launched his own company, Biomaterials of Oklahoma now called Corsair Medical, an independent spine and biologic distributorship in Tulsa.

That move eventually provided Frie the opportunity to diversify into many other business opportunities including the acquisition of Edison Healthcare, a concierge medical travel company with smart care centers across the U.S.; Scissortail Home Health; Shield Screening, a pre-employment background and drug screening company; and several other startups and investment opportunities both inside and outside the medical field. He currently serves or has served as partner or managing partner for Corsair, Edison, and Payor Relations Management Group (PRMG). He also serves as a board member for PRMG.

Now, with more than 15 years of experience in the health care industry behind him, Frie has transitioned into a role at Corsair Investments where he focuses primarily on mergers and acquisitions in addition to overseeing the operational development of newly-acquired businesses.

“The most challenging and rewarding part of my job is identifying a potential opportunity and helping it become a success,” he said.

Frie credits his time on Bison Hill with providing him the building blocks not only for the successful career he enjoys today but especially for his faith and for sharing that faith with others.

“OBU gave me an incredible foundation both academically and spiritually that has provided me the ability to treat business as a mission field,” he said. “Growing up as a pastor’s kid, I struggled early on in my business career with my eternal purpose. God quickly showed me I had a tremendous opportunity to share the Gospel with people that others may not.”

Frie looks back fondly on his four years on Bison Hill, cherishing the lessons learned, friendships made and character forged during those formative years. While many memories bring a smile to his face, one comes to the top of mind when asked about his most memorable experience as an OBU student.

“I have so many great memories while at OBU, but the one that stands out most would be the senior walk back to Raley Chapel during graduation,” he said. “From the time we made the walk as freshmen, to our senior year, felt like a flash!”

Frie’s love for his alma mater has stayed with him throughout his career. He spent six years serving as a member of the OBU Board of Trustees from 2010 to 2016. During his final year, he served as the board’s chair.

He and his wife, Alycia (Calkins) Frie, ’99, are both graduates of OBU. They have four children: Alexandria, Kaitlyn, Sutton and Moise. Three years ago, they adopted Moise “Mo” from Haiti when they felt the Lord calling them to adopt.

When Frie is not traveling between sporting events for his children and working, he enjoys hunting as much as he can in the fall.

Learning to be Relational Minded

The Right Place at the Right Time