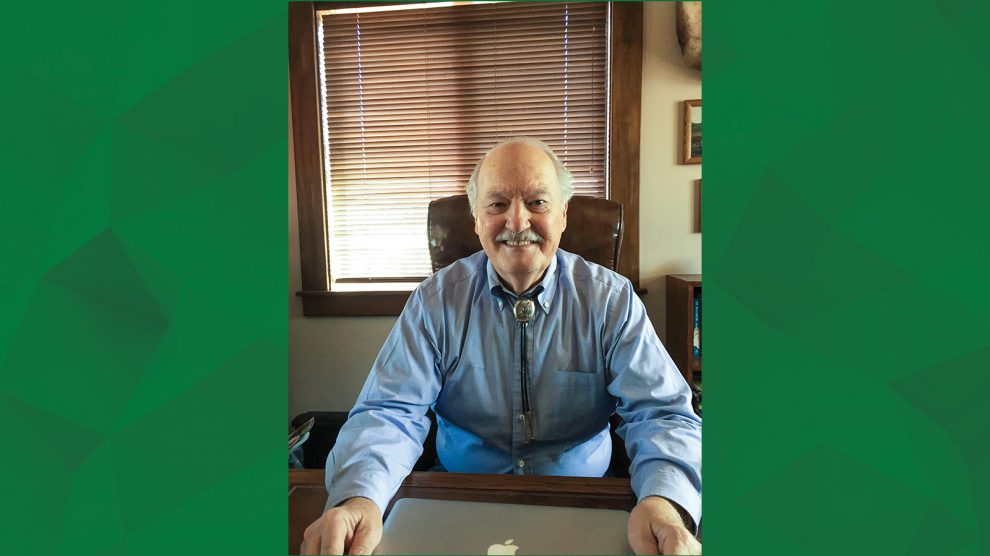 Dr. Eugene Soulsby first attended Hannibal-LaGrange University in Hannibal, Missouri, before transferring to OBU as a junior. He was drawn to the music department and its exceptionally high reputation – along with its dean, Dr. Warren M. Angell.

Soulsby said his voice teacher, Mr. Gary Horton, along with Dr. Richard Lin, founder and director of the Chorale, had an incredible influence on his life.

“I loved my choral arranging class with Dr. Angell, whose high energy, skilled piano talent, and voluminous ideas for arranging the human voice and piano accompaniment left one inspired and motivated. All of these men’s lives and talents inspired me to develop my own God-given abilities to be ‘my utmost for his highest.’”

Soulsby recalls Dr. Ralph Scales speaking in chapel and leaving him “spell-bound” in his seat.

“Dr. Scales challenged and motivated us to ‘study to show ourselves approved workmen that need not be ashamed, rightly dividing the word of truth.’ For me, it was a confirmation that I was at the right institution at the right time doing the right thing,” Soulsby said.

“OBU gave me a thirst for knowledge and the inspiration to rise to the best of my God-given potential. But most importantly, I witnessed teachers, administrators, office personnel displaying a genuine interest in students and their lives – commitment and investment,” he said. “This picture has stuck with me throughout my life as I’ve dedicated my life to service and allowing the Spirit of God to make me that kind of person to those dear folks with whom God has allowed me contact.”

“It was there I met the love of my life, Peggy Ann, my wife of 52 years and mother of our children,” he said. “She came to my adult choir practice on a Wednesday evening, and I was smitten!”

In 1967, he and his wife moved to West Point, New York, to begin their three-year commitment with the United States Military Academy Band. Soulsby also served as minister of music and was ordained as a deacon at Ridgecrest Baptist Church in New Windsor-Newburgh, New York. It was here he came to know Dr. Paul Proulx, a chiropractor and fellow deacon, with whom he spent long evenings talking about chiropractic. Soulsby would later discover how God had orchestrated these discussions to eventually redirect his career path.

Planning to pursue a college teaching position, Soulsby auditioned to study under renowned tenor Blake Stern and enrolled at the Yale University Graduate School of Music. Soulsby performed the role of George at the Northeastern Premiere of Carlyle Floyd’s opera “Of Mice and Men,” based on the John Steinbeck book. Both Steinbeck and Floyd attended the premiere.

Soulsby then searched for a teaching position in a college or university to no avail.

“God had other plans,” he said. “It became urgently apparent to Peg and me that we needed to hear from Lord God as to what our next step should be. These were days of much discussion, prayer, tears and more prayer, and the subject of chiropractic kept coming to the surface.”

Soulsby attended Logan College in St. Louis, Missouri, knowing God again had placed him in the right place at the right time. Eager to obtain licensure, he discovered that Idaho, at that time, would allow an intern to take the board and license the intern pending graduation. With a chiropractic degree and Idaho license in hand, Soulsby moved west 1,500 miles to Burley, Idaho, thinking it would be a temporary location. But he and his family made Burley their home for 44 years.

Soulsby practiced for 36 years before retiring in 2011. He and his wife served at First Baptist Church, Burley, from 1976-2004 as minister of music where he also taught Sunday school, a men’s Bible study class and church-wide Bible studies.

“To help as many people as physically possible in a given day, to serve for the sake of serving, to give for the sake of giving, and to do all of this out of love for my heavenly Father who creates and sustains all life, is my first goal.”

Soulsby graduated from Newburgh Theological Seminary in 2016, and is currently working on turning his dissertation, “The Role of the Holy Spirit in Worship,” into a book.

He and his wife have four children who, along with their spouses, attended OBU. They also have nine grandchildren. ′

Learning to be Relational Minded

Following the Call to Treat Business as Mission