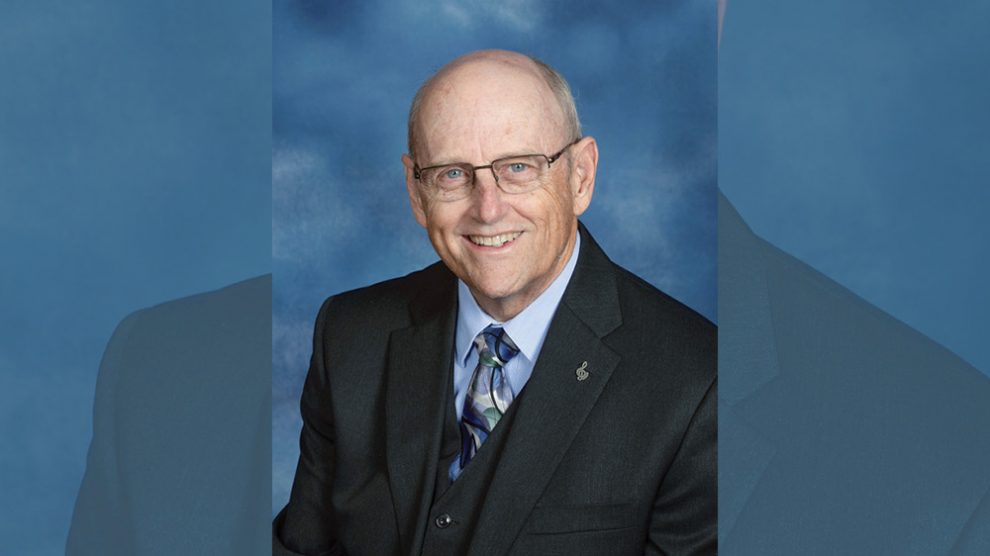 A man of many talents, Walter Grady, ’71, owes his OBU experience to one fateful day when an unexpected road trip helped him find his place on Bison Hill.

Excelling in music, ministry, technology and athletics, Walter Grady’s life embodies the liberal arts education he received at OBU. Yet, none of that might have come to pass without one surprise decision that changed his life forever.

One summer day in 1965, while he was a student at the University of North Texas, Grady experienced a series of unexpected events that would forever shape his life. Looking back today, a well-seasoned Walter Grady sees how God’s plan began to unfold in one unsuspecting moment…when the power suddenly went off at UNT.

Triggered by that power outage and for some unexplained reason, he had a sudden impulse for a road trip. What happened next seemed at the time to be the random whim of a college student, but later proved to be guidance from above, leading him to his eventual home on Bison Hill.

“I remembered that my minister of music had attended OBU. I really didn’t even know where OBU was, but I just got up, got in my car and drove to Oklahoma City,” Grady said. “I asked some people for directions, and they pointed me to Shawnee.”

An avid basketball player, Grady gravitated toward OBU’s gym where he joined a pick-up game. By happenstance – or divine intervention – one player worked in the administrative building and suggested Grady fill out some forms, which he did. To his surprise, he soon received an unexpected letter of acceptance from OBU.

“My mom talked me into it,” Grady said with a chuckle. “It was kind of like: the power went out, basketball at OBU, the acceptance letter. I always feel like it’s kind of a God thing that I ended up at OBU.”

During his time on campus, he took full advantage of educational and performance opportunities.

Grady sang in an OBU group called the Persimmon Hill singers who traveled and sang at many churches and promoted OBU. He also participated in the Tuneclippers, claiming the Caribbean USO tour as one of his greatest memories.

“My time at OBU was incredible. The teachers and the people who were there were absolutely top notch. Most people have heroes in their life, and when I came to OBU, I really hadn’t had any.”

That changed upon reaching Bison Hill, as he found two heroes whom he still admires.

“One hero is Jim Woodward, dean of Fine Arts. He came in the fall of 1965 and took over the Tuneclippers. I got to know Jim there, and we were friends until he died in 1991. Jim Brown is my other hero, my voice teacher. They are two incredible men who had an incredible impact on my life.”

In “retirement,” he continues to run his own business, BasicSolutions, providing computer networking and security support for businesses. He recalls writing a computer program in 1977 for the church bowling league, and soon after, he developed a program that tracked patients and immunizations for five pediatric offices in the Galveston area. He also used his programming skills to develop one of the first programs to track membership and contributions at First Baptist Church of Galveston.

Grady began a travel agency, “Grady Tours,” planning up to five trips at a time. On top of work projects that keep him busy, he is training to compete in racquetball for the 2019 Senior Olympics.

Beginning with what seemed like a random road trip one unsuspecting day, and culminating in a life of service as an OBU alumnus, Walter Grady exhibits true Bison Spirit…serving others in the name of Jesus Christ while utilizing the knowledge, wisdom and curiosity honed through his liberal arts education on Bison Hill.