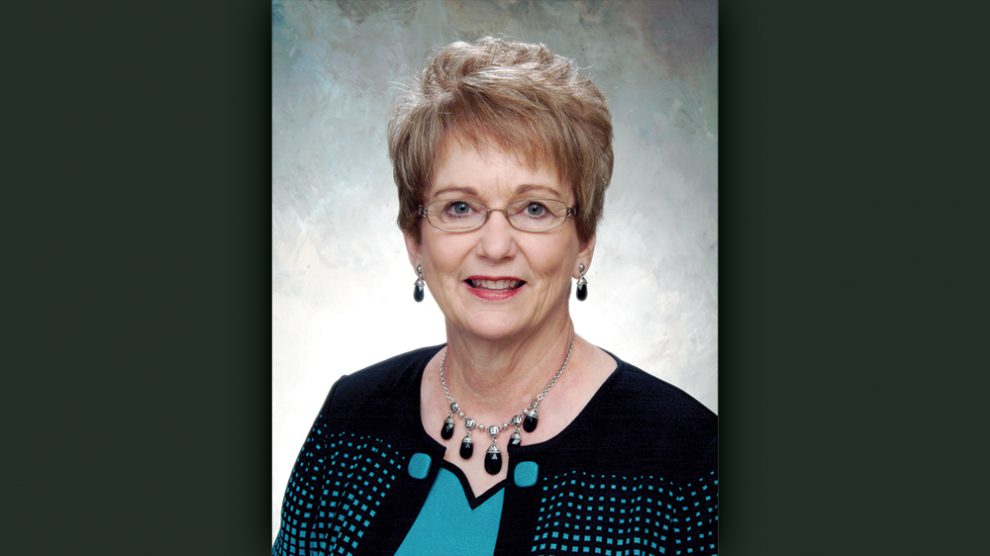 An Example Worth Following

Colleagues of Dr. Mary Ann Craige say she is a consummate music educator whose attention to music excellence, professionalism and sweet demeanor make her a role model for all educators.

A professor of music at Southeastern Oklahoma State University, Craige credits her personal and professional success to a God-given passion for music and a deep desire to serve the Lord with her musical gifts.

“Music has always been a major part of my life,” Craige explained. “I just did it. It’s where I felt comfortable. It’s where I belonged. Piano, choir, church music, from a very early age, I did it all. Then, when I was fourteen, I sensed God’s call on my life to serve Him, not necessarily vocationally, but in the area of church music, so I surrendered.”

Encouraged by the enthusiastic support of her family and opportunities for service provided by her home church, First Baptist Church of Durant, she wasted no time and began pursuing that call immediately.

“I started playing in church when I was just 14,” she said. “Piano, organ, whatever was needed. I directed children’s choirs. I even served as interim music minister for a while. Whatever there was to do in the church related to music, I did it because I loved music and I loved the church.”

When the time came for Craige to go away to college, choosing a school was easy.

“I chose OBU for the positive Christian atmosphere,” she explained. “Having been raised in a Christian home and in the local church, I felt like it was the natural next step to take.”

“It was wonderful! I just loved it. I got a fabulous education, and the staff was so supportive. They made us feel comfortable and safe.”

Although she found the entire OBU faculty to be “very sweet and helpful,” a handful of those individuals made a particularly profound impression on her.

“Dean Warren Angell was such a talented individual,” she said. “He influenced all of us by example. He could play the organ, piano, sing, direct, compose. It was amazing! It made all of us want to try harder, and even though he was so talented, he made himself available and took the time to help those of us who were just learning.”

“Dr. Strickland was a fantastic Bible teacher,” she continued. “Her knowledge was extensive, but the way she presented it was even more impressive. I don’t know how she did it, but she made the Bible come alive for us. She made it funny, if you can imagine that! It’s hard to explain, but she was a true gift to those of us who were fortunate enough to have the opportunity to learn from her.”

“Then Dr. John Wesley Raley, well, he was just a wonderful man!” she said. “He knew, loved, and spoke to everyone on campus, and his wife Helen was just as warm and kind. She had a photographic memory and would give herself six weeks each year to memorize every freshman’s name. Once she knew your name, she never forgot it or where you lived. I remember that she and Dr. Raley both came to my senior recital. They did that kind of thing for everybody. They truly cared.”

Following her graduation from OBU, Craige earned both a Master of Music and Ph.D. in College Teaching and Piano Performance from University of North Texas in Denton, Texas. Even as she furthered her education, she continued to serve in the local church, playing piano and organ at First Baptist Church of Denton during her time away from home.

In 1966, she accepted an offer to teach at Southeastern Oklahoma State University, where she recently celebrated 50 years of service to her students. It was at Southeastern that she met her husband Danny, who was a dentist, 30-year Navy veteran, pilot and flight instructor. The couple became active members of Craige’s home church, First Baptist Church of Durant, and she resumed her position as church organist, one she still holds 40 years later.

A gifted teacher and mentor, Dr. Craige has had a profound influence on the lives of the Southeastern students with whom she has worked. Many of her students have gone on to pursue and obtain graduate degrees in music and/or perform nationally and internationally for known music artists and teachers on a regular basis. She is thankful for OBU professors who taught her, by example, how to invest in the next generation.

“I’ve tried to care for my students the way that my professors at OBU cared for me,” Craige said. “I make sure that they get what they need when and how they need it so they can succeed.”

Craige’s investment in her professional community has been significant as well, and her accomplishments have been many. A member of Sigma Alpha Iota music fraternity, she served as both chair of the Music Teachers’ National Association composition contest and district chair of the Oklahoma Federation of Music Clubs composition contest for 35 years. In 2014, she was presented with the Southeastern Oklahoma State University Lifetime Achievement Award, and in 2016, the university named her Professor Emeritus of Music.

In 1968, she was asked to put together a show choir for Southeastern. Under her leadership, the Chorvettes were chosen for a month-long USO tour to the Caribbean and selected as the featured collegiate show choir at the Music Festival in Sydney, Australia. They performed at four international Kiwanis conventions and made four international trips, including an exciting two-week trip to France, Belgium and Holland. In 1992, the governor proclaimed the Chorvettes “the Official Goodwill Ambassadors of the State of Oklahoma.”

“Although music is my passion and teaching is my delight, I think that having a part in broadening the educational experiences of the Chorvettes lingers with me as my greatest accomplishment,” she said. “Home stays, visits to international universities and meetings with government officials gave these students a new understanding of cultures. What they learned in history and humanities classes actually came to life for them.”

Dr. Craige plans to retire soon from Southeastern Oklahoma State University, but she does not plan to stop serving her local church or taking on new challenges.

“I’m proud to be a music educator, but being a church organist is dear to my heart because it’s service to my Savior alone. There are many weddings, funerals, cantatas, revivals and Christmas programs. All of these call for my best efforts, but they’re always repaid fourfold.”

Inspired by her husband, Craige recently obtained her private pilot’s license and has plans to pursue more certificates in the field of aviation, including her commercial license and training in instruments. She is excited about the opportunities for volunteerism that her continued learning could provide. “I want to see how much further I can go!”

Craige is equally optimistic about the future of her alma mater and the students that currently attend.

“I’ve known David Whitlock for a long time, and I believe he is an OBU president equal to the one that I had,” she said. “It’ll be exciting to see what happens under his leadership.  Sometimes, I look online and see all of the special traditions they observe on campus now. Chapel, candlelight vigils, fellowships, it’s all wonderful. OBU students shared a bond and felt a kinship back in my day without all of these things. I can only imagine the community that is being built among students now that they exist. It’s an exciting time to be a Bison!”