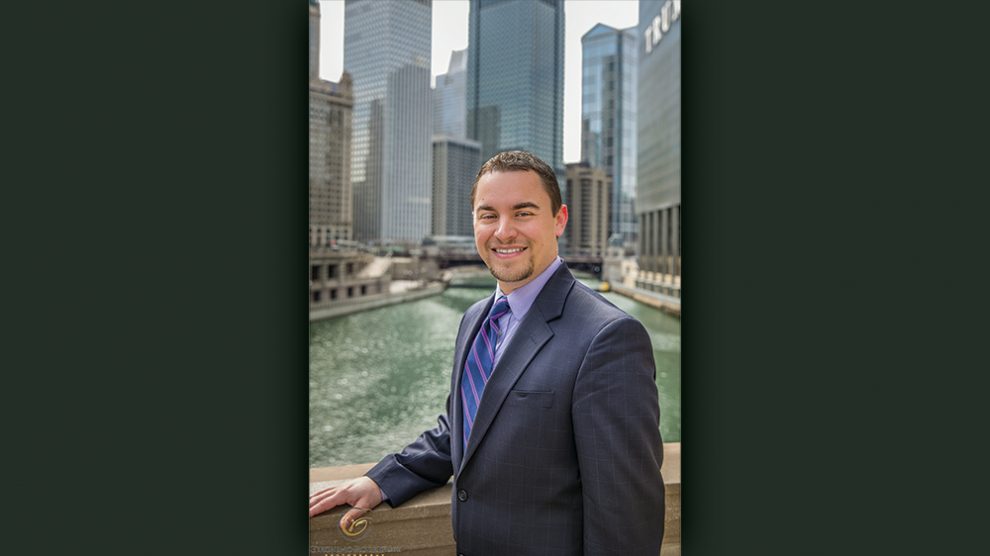 John Bowen came to Bison Hill with a plan for his career but left with much more – a purpose and a calling to serve others through healing and compassion.

When Bowen graduated from OBU with a degree in political science and philosophy, he knew exactly what he wanted to do: become a lawyer. He took the LSAT during his senior year, but decided to take a year off from school, just to be sure. Upon reflecting back on a law office internship experience, he realized that law was not his calling.

After praying and looking at different options, he chose to enter health care administration. He earned a Master in Health Services Administration from the University of Arkansas for Medical Sciences in Little Rock. It was during that time where he was mentored by the CEO of Baptist Health in Arkansas, Russ Harrington, a man of God who showed Bowen how he could use his faith to minister to people while serving them as a hospital administrator.

“I get the opportunity to insure that patients receive quality care,” Bowen said. “When people are at their lowest point in life and are hurting, I get to work with physicians, nurses and others to insure that patients receive quality care. Since I work for a faith-based system, we have the opportunity to provide spiritual support as well. Healing was an important aspect to Christ’s ministry on earth. I believe that healthcare is a special, holy calling.”

By the time Bowen finished graduate school, he and his wife, Emma, had two young sons, William and Elliott. Bowen found a position in Corpus Christi, Texas, and the family relocated. He served in various administrative positions for CHRISTUS Spohn Health System, a six-hospital system and the largest in that region of Texas.

“During that time, I had the pleasure of opening three clinics in rural areas that expanded healthcare access. We got to see the hospital grow, we had several quality improvement initiatives that were successful, and our hospital won the 2015 Small Hospital of the Year Award from Arkansas Business Healthcare Heroes.”

It was also during this time that John and Emma’s family grew from four to six, through the births of their son Charlie and their daughter Lily.

In May 2016, Bowen was promoted once again, this time to serve as assistant vice president of patient services for the Baptist Health hospital in North Little Rock.

Bowen is excited that his alma mater stepped up to NCAA Division II competition and joined the Great American Conference last year with Ouachita Baptist. He and his father attended the OBU vs. OBU football game in 2015 and plan to make it a yearly event, traveling to both of their alma maters and representing their schools with pride.

“It is also turning into a recruiting rivalry between my dad and I to get my son to want to go to college at each of the schools,” he laughed.

Bowen attributes the impact of two professors in particular on his success beyond his college days.

“Dr. Tony Litherland [retired professor of political science] was my advisor. He was great and pushed me on political beliefs. We would have great discussions on things we agreed and disagreed on, both in and out of class. He was a wonderful professor, and he gave me advice on my career even after I left OBU. Dr. John Mullen [former assistant professor of philosophy] pushed me to think deeper and to not always go with the obvious answer.”

His time at OBU also taught him the importance of relationships. His fondest memories are of time spent with friends in the dorms, playing jokes on one another and making memories that still endure.

“During one prank, we broke our window. It was November and the cold air was freezing. My roommate, who was also from Arkansas, and I had to patch it with something temporarily. The only thing we had was a donut box so we duct taped the donut box to the window to cover the hole. We received a lot of Arkansas jokes while the box was taped to our window.”

Beyond the value of relationships, he learned many valuable lessons.

“Many of my experiences at OBU reinforced my desire to have my career be an extension of my faith and to serve others. Healthcare was a perfect choice for me based on what I knew I wanted to do from my OBU experience.”

While healthcare is Bowen’s calling and the work is rewarding, it does come with its challenges.

“Healthcare is constantly changing. Understanding regulatory changes, what their impact will be on a health system and then communicating those changes to staff, patients, and physicians is very challenging.”

While Bowen already has seen great success in the first decade of his career, his greatest passion and joy comes from spending time with his family.

“My biggest activity is keeping up with my four children. My oldest son, William, was born the day after I graduated from OBU. He was my inspiration to work hard and make sure I provided for him. Elliott was born while I was in graduate school. He is my little buddy. He is non-verbal and autistic, and he has taught me to take joy in the small triumphs in life. His smiles are the most wonderful thing in this world.”

“My youngest son, Charlie, is a human bowling ball of energy. His favorite saying right now is ‘Yum, that is so delicious’ when he eats something he likes. My youngest child is Lily. She is our only daughter and my little princess.”

“My wife, Emma, is my best friend. I have known her since high school. She knows me better than anyone and challenges me to be better at everything in life, faith and work.”

When not working or spending time with his family, Bowen is also an avid sports fan, cheering on the Chicago Cubs, Arkansas Razorbacks, Dallas Cowboys, and his OBU Bison.