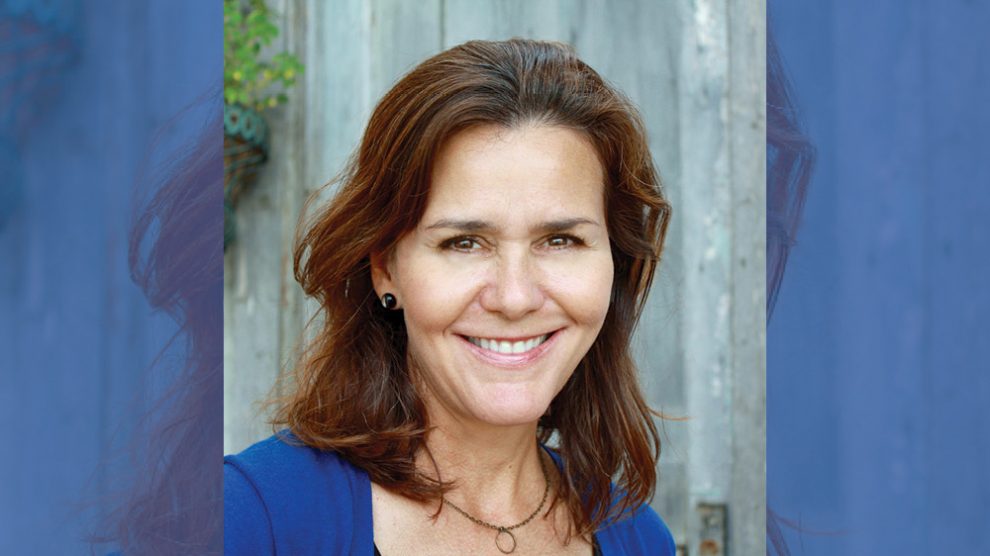 Journalist Lisa Jackson Tresch, ’87, began an international organization, Rising Village, to bring hope and to help improve the lives of women and children in Ghana.

After feeling lost in the crowd at an impersonal state school, Lisa Tresch transferred to OBU, formed some of the most fulfilling friendships of her life and learned the art of storytelling.

“Kathy Brittain McKee was my journalism professor and my advisor,” Tresch said. “She not only taught me the skills and practice of media writing, she also taught me how to think critically about current events and social issues, and how to communicate the ‘story behind the story.’ I have taken that with me in every part of my career journey.”

After graduation, Tresch went on to write for the Tulsa World and eventually co-founded a communications company, The Leslie Group, which began a women’s magazine, “Mia.” Three years later, the publication moved online and Tresch took a trip to Ghana with her daughter to visit orphaned children available for adoption. That trip marked the beginning of her transition to become an ambassador of hope.

“After the trip ended, I was unable to go back to the magazine with the same kind of passion, and decided to fully immerse myself working with an NGO (non-governmental organization) in Ghana,” Tresch said. “My job was to tell the stories of impoverished women and children who lived in rural villages and were trying desperately to hold their families together.”

But Tresch wanted to do more to help. A year and a half later, she and a Ghanaian named Isaac Darkwah Akromah formed Rising Village.

“Our mission was to partner with women and children in the margins to find creative solutions that would bring them education and economic opportunity,” Tresch said. “Our goal was to ensure that the women we work with could provide adequately for their children, and not be forced to turn them over to orphanages or to relatives.”

Tresch explains how she could not have started this journey without Akromah’s help.

“Isaac lives in one of the villages where we work,” she said. “He had been praying about how he could come alongside the many women and children in his village who were in need. He was planted in the middle of the story, and so he was keenly aware of the initial directions to go as we started this work.”

Rising Village currently reaches out to women and children in seven villages spread across three regions of Ghana. The women in Rising Village’s programs are seamstresses, basket weavers and hairstylists, with batik fabric designers to soon be added to the list as well. The organization relies on a crowd of supporters, donors, partners and sponsors in the United States.

“Working cross-culturally across two continents causes us to be victims of communication mishaps,” Tresch said. “We constantly struggle with how we ‘help without hurting.’ We don’t want to create dependence and conflict, but instead want to have relationships that respect the dignity of the people we work with and encourage their eventual independence.”

Over time, Tresch has learned how to modify and adjust her efforts to help Rising Village flourish. Risks are always associated with business, and regardless of the outcome, all risks bring the opportunity for learning and growth.

“Fourteen months ago we took the risk of opening a retail shop to sell the products made by the women,” she said. “In many ways it was a complete success, despite the fact that we had to close it last month. But we couldn’t have been ready to launch into our next chapter if we hadn’t tried it. We will be expanding our work in the northern regions of Ghana, and bringing more products of the women to the U.S. to help open markets for African handcrafts.”

Tresch’s family is fully committed to this mission for God’s glory.

“We are exactly where are we supposed to be, doing exactly what we are supposed to be doing,” she said. “We see the face of God more clearly as we go deep into meeting the needs of the oppressed, the poor and those who are imprisoned by injustice. As we practice radical solidarity with them, we are looking into the eyes of God.”