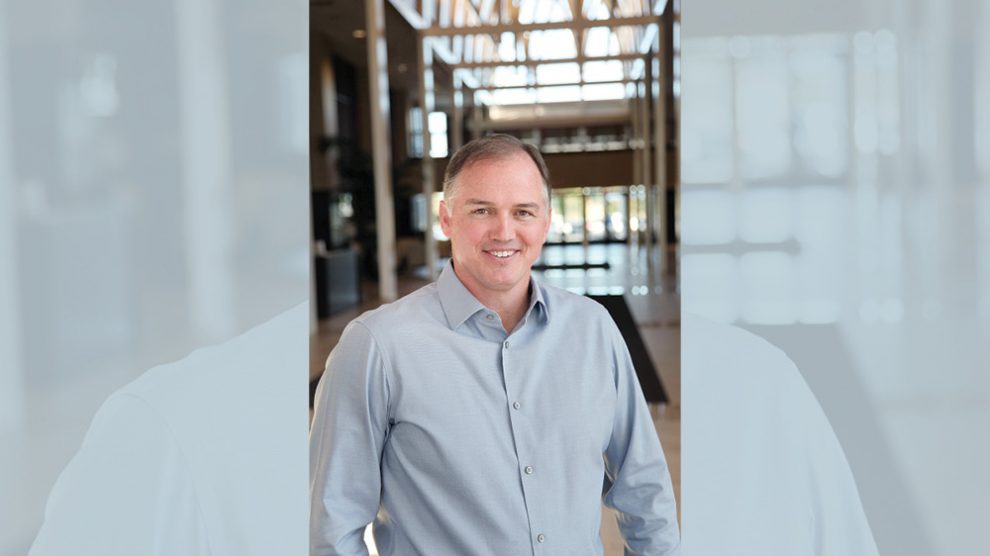 Dr. Hance Dilbeck, ’87, came to Bison Hill with a clear calling to preach, but never imagined the doors this journey would open.

When an individual submits to the calling of Christ upon his or her life, there is no limit to what can be achieved. For one man, submitting to that call led to an extraordinary life defined by a deep commitment to God’s plan. Dr. Hance Dilbeck recalls a time when he had a specific plan in mind, only for God to guide him in another direction.

“The Lord called me to be a minister of the Gospel at Falls Creek in 1983,” Dilbeck said. “I had just graduated from high school and had already enrolled at another school to study engineering. I had even paid the deposit for the fraternity house.” That night, Dilbeck experienced a “clear and certain” call to preach. The late Dr. Dick Rader, vice president for religious life and dean of the School of Christian Service at OBU, happened to be at the Falls Creek service that night.

“He came into the ‘call to special service’ room to help counsel, and he spent time with me,” Dilbeck said. “By the end of our time together, I had decided to enroll at OBU.” Dilbeck understood that his journey on Bison Hill was part of God’s plan and not his own. This portion of his life helped him to better understand the magnitude and perfection of God’s will upon his life.

“The Lord knew I needed to be at OBU so he sent Dr. Rader to make it clear to me,” he said. Dilbeck’s relationship with Rader continued to have a tremendous impact on his spiritual development, influencing Dilbeck’s life decisions as he continued along his OBU journey and throughout the rest of his life. Rader would go on to recommend Dilbeck for his first church staff position as the youth minister of First Baptist Church in Shawnee, and to help him into his first pastorate at Little City Baptist Church, where Rader previously served. Years later, Dilbeck was privileged to preach Dr. Rader’s funeral in Raley Chapel.

As the first in his family to earn a bachelor’s degree, Dilbeck found himself largely influenced by many of the faculty and staff along the way. Along with Rader, many of Dilbeck’s professors made a tremendous impact on his spiritual life and education. The liberal arts education he received from OBU proved to be a solid foundation for his future theological education, and the discipleship he received changed the course of his life.

“I thank the Lord for my education,” Dilbeck said. “He allowed me to study at OBU and Southwestern Baptist Theological Seminary. With each passing year, I value my education more.” During his first two years of study, Dilbeck was discipled by David James, who was the campus minister at the time. The two met weekly to study the Bible, memorize scripture and develop relationships. James encouraged Dilbeck to take leadership roles, pursue preaching opportunities and move out of his comfort zone. Dilbeck recalls one early Sunday morning when James took him to Woodward, Oklahoma, to listen to OBU President Emeritus Dr. Bob R. Agee speak.

“After church, at an OBU reception, Dr. Agee approached me,” he said. “This was the first time he had ever spoken to me. He introduced me to the pastor of FBC Moreland and declared ‘Hance, you are going to preach tonight at FBC Moreland.’ I broke out in a cold sweat. That was the second time I ever stood in a pulpit to open God’s Word and I had 90 minutes to prepare.” However, preaching opportunities were not the only doors opening to Dilbeck during this time. While James was discipling Dilbeck, James’ wife, Peggy, was spending time with student Julie Schock, ’88, Dilbeck’s future wife. The two were married between their sophomore and junior years at OBU, and James was able to perform their premarital counseling.

“[The Lord] allowed me to study at OBU… With each passing year, I value my education more.”

“The best thing that happened to me at OBU was finding this godly, capable and excellent wife,” Dilbeck said. “We have, in many ways, grown up together. She is a wonderful mother and has embraced the role of preacher’s wife for almost 30 of our 32 years of marriage.”

In 1987, Dilbeck graduated with a bachelor’s degree in religion and began his graduate education at Southwestern Baptist Theological Seminary. While in seminary, he served in Marshall County at Little City Baptist Church. He graduated from Southwestern with his Master of Divinity in 1992 and his Doctor of Ministry in 2002. Dilbeck has served in the pastorate for more than 29 years, with half of that at Quail Springs Baptist Church in Oklahoma City, where he has served since 2003. During that span, the church has tripled in size to more than 2,000 active members, led the Southern Baptist Convention in Cooperative Program giving, and has played an active role in more than 30 church planting efforts.

“The focus and joy of my life is to shepherd the flock of God, which is Quail Springs Baptist Church,” Dilbeck said. “I love to feed, lead and care for this congregation. They are a blessing to me. I rejoice each day in the Lord’s service with these people. God has given me gifts, experiences, training and the ability to preach His Word. This great church allows me to study and deliver week by week. When I am preaching I feel God’s pleasure in me.”

In addition to the pastorate, Dilbeck has served as adjunct professor of preaching at both OBU and Southwestern Seminary. He has served in many impressive roles within the denomination, having been the featured preacher for Falls Creek, chairman of the OBU Board of Trustees, chairman of the board of trustees at Southwestern Seminary, second vice-president of the Southern Baptist Convention, president of the Baptist General Convention of Oklahoma and a member of the board of trustees for the International Mission Board.

Hance and Julie have three grown sons, D. H., ’10; Dax, ’13; and Leighton. D.H. and his wife, Mackenzie, ’09, have two children. Dax and his wife, Mollie, ’13, have one child, and Leighton is married to Carley, ’13. Whenever Dilbeck finds time to rest, he enjoys reading Wendell Berry books, golfing and drinking coffee on his back porch with his wife.

Dilbeck’s story continues as he follows the calling of Christ at Quail Springs Baptist Church. Submitting to God’s call led Dilbeck to many great achievements, opportunities and experiences, and he will always thank the Lord for that fateful night in 1983 where his path was directed to Bison Hill.

“I am a shepherd,” Dilbeck said. “God called me to be a pastor when I was 18 years old. I have been the pastor of a local church all my adult life. For years I resisted this role, but I have come to embrace it. God’s will is good, perfect and pleasing.”