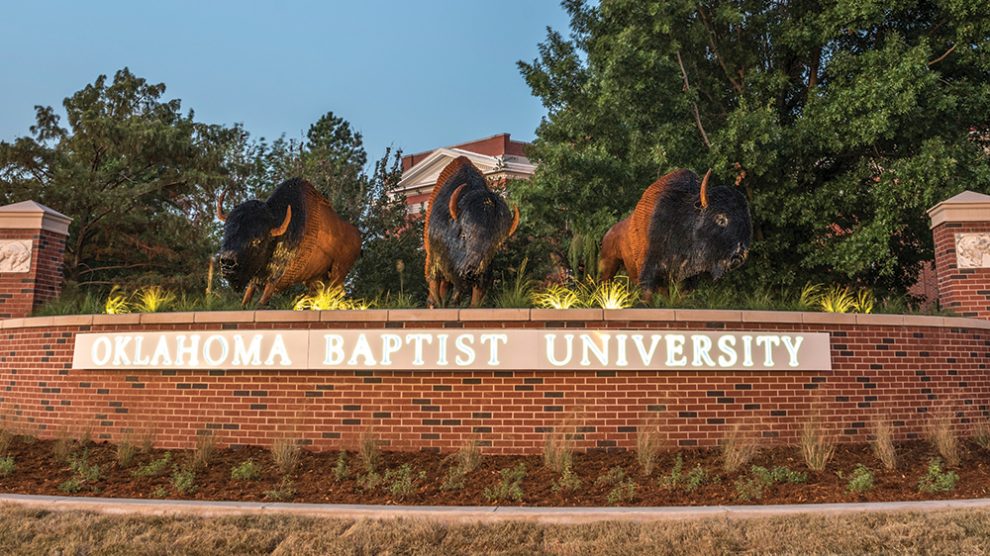 Three life-sized Bison sculptures were placed on the northeast corner of campus in September. The sculptures were created by Pennsylvania artist Bill Secunda using his signature technique of welding thousands of masonry nails, giving the appearance of fur on the Bison. (Close up photo at right shows detail of the nails.) The sculptures appear to be charging ahead, poised to run. He named the new work “Virtus,” meaning valor, excellence, character, courage and worth. Secunda’s sculptures range from realistic animals to representations of Christ. His work can be seen in many different places, ranging from private gardens, museums, zoos, restaurants and even Disney™.

The Bison sculptures are featured as part of an art project to beautify the southwest corner of the Kickapoo and MacArthur intersection. The idea for the project spawned during the planning stages of the Kickapoo Street renovation, including input from the city of Shawnee, the Oklahoma Department of Transportation and OBU. The refurbished corner also includes new university signage and landscaping.