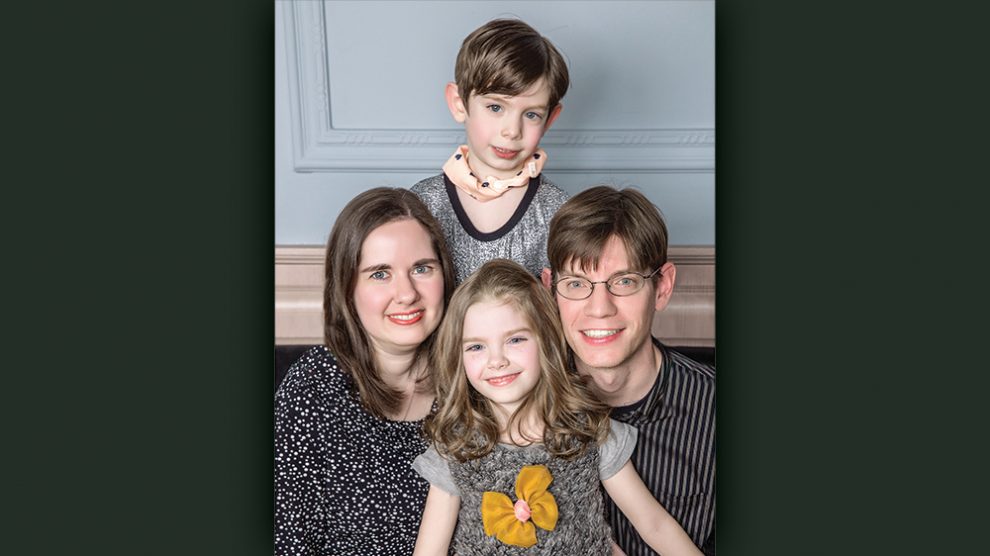 Kevin Avery, ’97, and Dayna DeBorde Avery, ’98, each came to OBU in search of a quality education and strong sense of community. Thanks to enthusiastic and invested students and faculty members, they found both … and so much more.

Having surrendered to foreign missions at 14, Kevin still didn’t know what area of study to pursue when he stepped foot on OBU’s campus as a freshman. He chose computer science, hoping to gain a marketable skill that could be used wherever God chose to send him in the future and did everything he could to immerse himself in campus life. In the spring, Kevin was able to participate in a mission exchange program and earn 15 hours of credit while gaining experience on the mission field.

“It was an opportunity I didn’t expect as a freshman,” Kevin said. “I was actually nervous to go to Poland because I imagined Eastern Europe would be cold and dreary, but I believed God wanted me to go. And wow, I’m glad I did. Poland was life changing for me. It was my first experience teaching English as a second language. When I got back home, I changed my major to English with a minor in TESL.”

Kevin’s curriculum shift led to his meeting Dayna, who majored in English with plans to become a magazine editor.

“We studied together, hung out together, and were both really involved in the English department,” Dayna said. “The students and professors were close and involved in each other’s lives. As a matter of fact, we got engaged in class. It was the last session of Dr. Ledbetter’s fiction class, and we were about to walk out. She asked if anyone had any more questions, and Kevin raised his hand and said he had a question. He got down on one knee and asked me to marry him right there in front of everybody.”

The couple married two weeks after Kevin’s graduation in 1997. While Dayna finished her degree, Kevin taught English to international students at Oklahoma City University and began seminary extension classes at OBU through Southwestern Baptist Theological Seminary. Upon Dayna’s graduation in 1998, she began working for a small community magazine that was soon bought out by a larger company. She continued with that company, and the couple moved to Tulsa, where Kevin continued to teach English to international students, this time at Oral Roberts University. By the end of 1999, Dayna was managing editor of “Tulsa People” magazine.

“Being a preacher’s daughter, I had thought about missions before,” Dayna said. “But I never made any kind of commitment to it. I knew when I dated Kevin that he was headed into missions. He wanted to go immediately, but I wasn’t in a hurry. He was patient with me as we talked
about the future. For a while, we thought we would go to South America, but every time we mentioned it, people told us that the need was in East Asia.”

“One night,” Kevin said, “I had a dream where five individuals came to me and said, in English, ‘Please come to East Asia.’ Then I was alone in blinding white light. I knew it was the presence of God, so I asked Him if He wanted us to go to East Asia. His answer was a booming ‘Yes!’”

In 2001, Kevin and Dayna settled in East Asia, teaching English as a second language and looking for opportunities to minister. The couple enjoyed their time there a great deal, finding the people to be warm, friendly and extremely helpful.

By 2003, however, they decided to move to Waco, Texas, where Kevin could finish his master’s degree and Dayna could help her grandparents.

Just before leaving for the U.S., Kevin met a man from Hawaii who provided classes for children with disabilities. The classroom was on the second floor, and buildings there are not built to be handicap accessible. Kevin’s heart was touched as he watched parents of disabled children carry them up the stairs to class. The image would stay with him for years.

Upon returning to the U.S., Dayna became managing editor of “The Wacoan,” Waco’s city magazine. She held that position until 2009 when she chose to become a stay-at-home mom for the couple’s two children, Molly and Hudson, born in 2007 and 2009 respectively. In 2006, Kevin graduated from George W. Truett Theological Seminary in Waco with a Master of Divinity degree and began working as a chaplain, first for Hillcrest Medical Center and then for Texas Home Health Hospice.

Kevin and Dayna had planned from the start to return to East Asia, but in 2009, Kevin was diagnosed with multiple sclerosis. When Kevin’s doctor explained they couldn’t get the medicine Kevin needed there, the Averys began considering other countries. But God had other plans.

“He [God] made it very clear to me that I was worshipping fear instead of Him, which was a heartbreaking thing to hear,” Kevin said.

“At that time, my concept of worship included going to church, serving and singing. But God helped me to see worship differently.”

“He showed me that we were making decisions based on what I thought I could or couldn’t do instead of what He told us to do. He told me that if I really believed that He was the resurrection and the life, I wouldn’t let a physical illness keep me from being obedient and I would trust him not only with my life, but with Dayna’s and the kids’ lives. He promised that my MS would not be a hindrance.”

Although her misgivings were strong and she was reluctant to leave her family with a baby and toddler in tow, Dayna trusted the Lord, hoping that He would speak to her just as clearly as He had spoken to Kevin. But God confirmed this move in a different way for her.

“When we got there, I experienced so much joy,” Dayna said. “I loved everything – the food, the people – and was so happy. The kids adjusted quickly, which helped, and I knew that we had done the right thing. Kevin struggled when things didn’t happen as quickly as he’d hoped, but he had that encounter with God to look back on when he had doubts. God gave us both what we needed to trust Him.”

Kevin and Dayna have once again immersed themselves in the culture, opening up exciting opportunities for evangelism and discipleship. Their ministry to families affected by disabilities in East Asia is thriving.

“We give parents a chance to have their questions answered by medical professionals, connect with other parents, watch their children interact with other children, and just have fun,” Kevin said. “The talent shows allow us to showcase for community leaders what these kids really can do. They are talented, just limited.”

Thankfully, Kevin’s MS has not progressed since the couple’s move to East Asia. In fact, he hasn’t taken any medication in five years. Still, God has used Kevin’s diagnosis to help him identify with and minister to families.

“It’s hard because those families haven’t experienced relief from what they go through like I have,” Kevin said. “But we let them know that they are valued and loved. You have to be sensitive and discerning in what you say, but I want them to understand that God is a God who heals. It’s up to Him how He does it, but He does. In 2010, God healed me of my fear and continues to sustain me. I stand daily in the strength He provides.”

Kevin and Dayna consider themselves blessed to have spent their equipping years as members of the OBU community, enveloped by the love and support of peers and faculty members with their best interests at heart. As they strive to foster the same sense of community in those they minister to in East Asia, God continues to bless and move in the hearts of people.