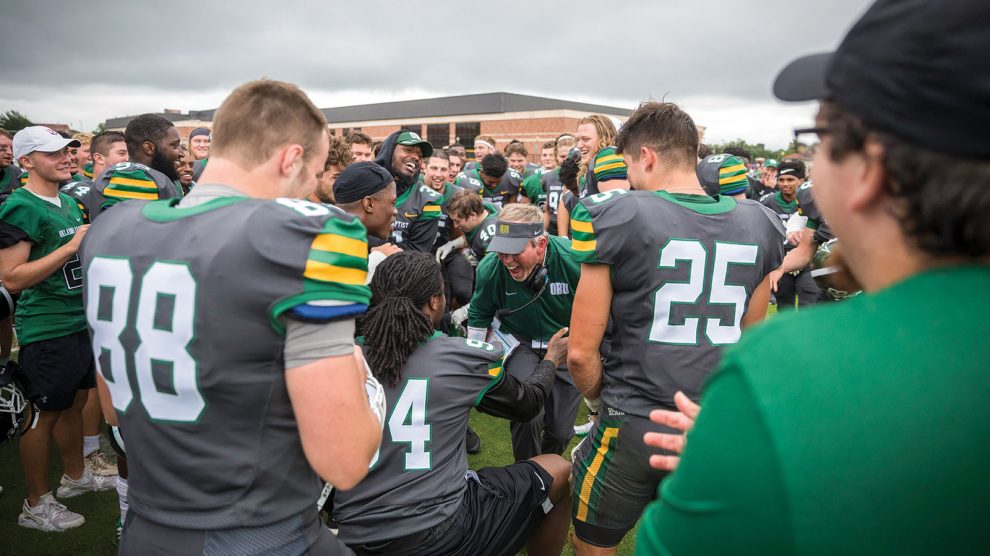 The women’s cross country team continues to climb in the national polls, the men’s and women’s swim teams have already had several members qualify for the NCAA DII National Swim Meet, and the Bison football team has seen some strong performances during the early part of its season.

With additional success in soccer, volleyball, tennis and golf, OBU Athletics is poised for another great year.