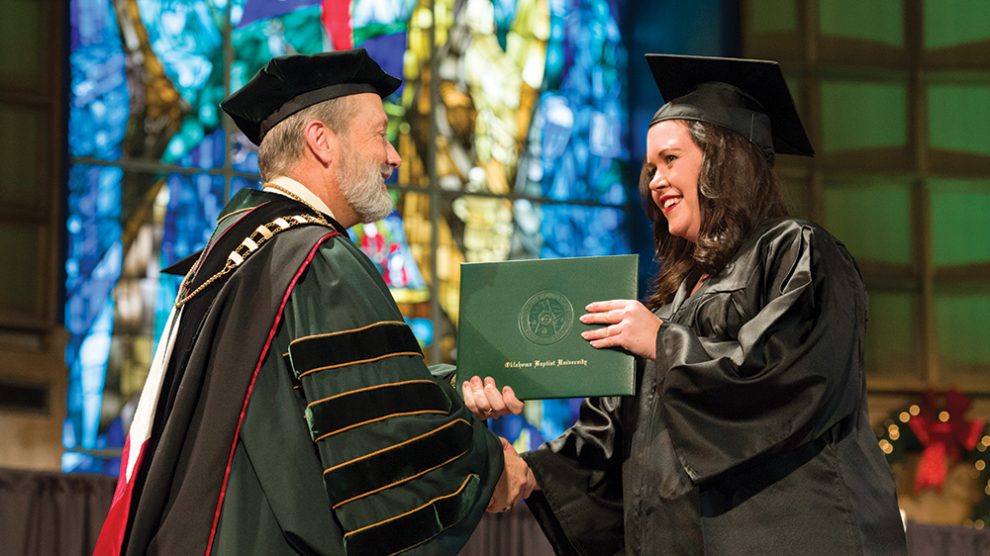 For the 23rd consecutive year, U.S. News & World Report named OBU as Oklahoma’s highest ranked college on the “Best Regional Colleges of the West” list. It was the University’s 25th time to make the list. OBU also ranked in the top five “Least Debt” regional colleges list and placed sixth on the “Great Schools, Great Prices” list for western universities. OBU is the only Oklahoma college listed on the “A-Plus Schools for B Students” list for regional colleges.

For the 12th consecutive year, The Princeton Review named OBU one of the best colleges and universities in the western United States.

Christian Universities Online ranked OBU third on a list of the 25 Most Affordable Christian Colleges and Universities in the West for 2016. Schools were ranked according to publicly available net price tuition data. OBU’s net price was listed as $17,441.

OBU was recently named a 2016-17 College of Distinction, a nationally prestigious designation for universities that demonstrate an innovative application of high impact educational practices.