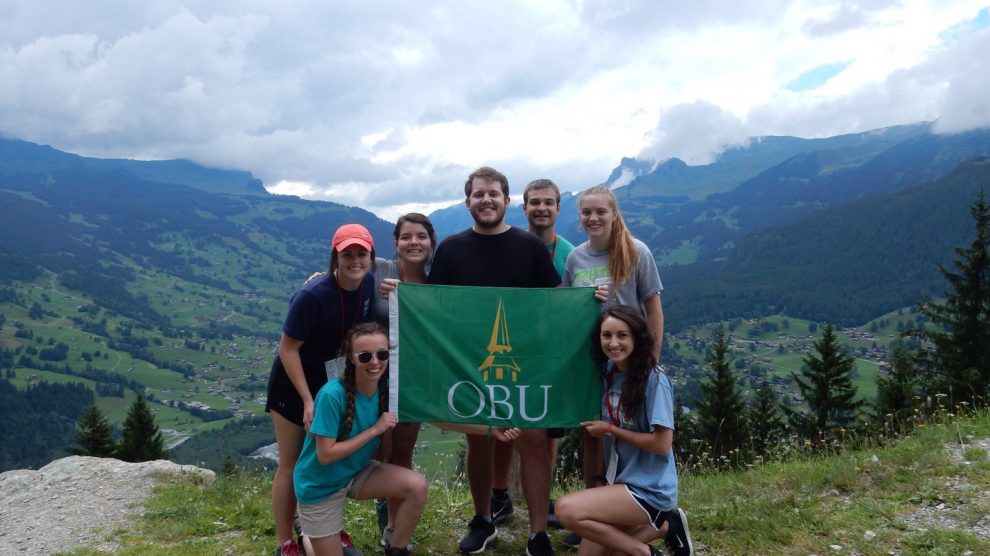 The team was led by Amanda C. and Chase C., who had both traveled to Switzerland and Germany in 2016 as juniors on their first mission trip. The couple decided to go on mission the past two summers simply because the Lord gave them the desire to serve the international students in Switzerland and Germany. They were accompanied on the trip by students Anne A., Miranda N., Sydney R., Zachary R. and Charissa S.

During the first part of the team’s trip, they went to Frankfurt, Germany, and served at the International Church of Frankfurt. They helped with the preparation of the church’s Vacation Bible School and partnered with leaders during three days of the VBS. Next, the team traveled six hours by train to Grindelwald, Switzerland, where they served as camp sponsors at a youth camp for 200 students from all over the world. The team was there for about a week and half. By the end of the camp, there were a total of 32 salvations.

“The most rewarding part of our trip was being able to pour into the OBU students and to the students in Switzerland and Germany,” Amanda said. “I believe that it is important for OBU students and faculty to participate in GO Trips because it is an opportunity for the OBU community to disciple each other and disciple others around the world.”