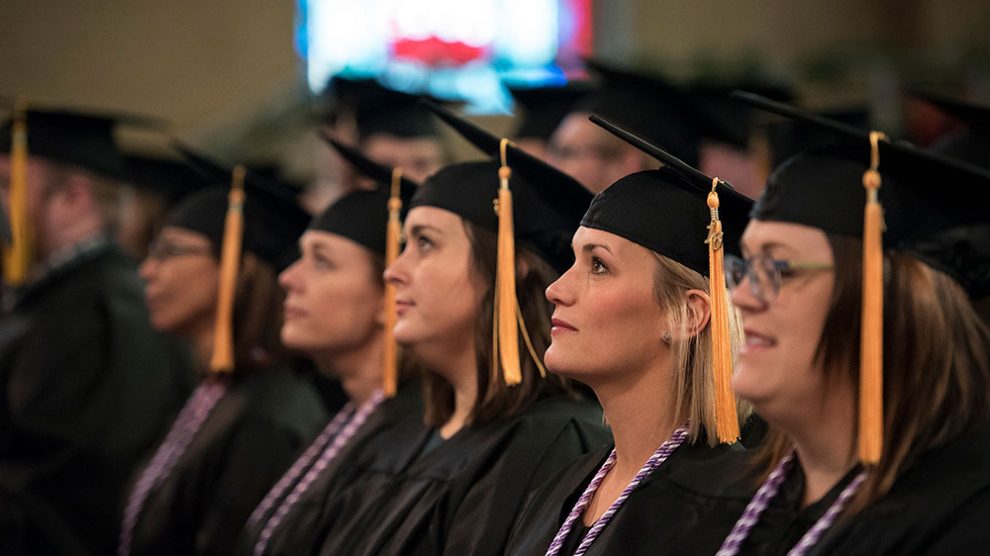 For the 24th consecutive year, U.S. New and World Report named OBU as Oklahoma’s highest-ranked college on the “Best Regional Colleges of the West” list. OBU also ranked first on the “Least Debt” for graduating students list for regional colleges of the West and came in at number eight on the “Great Schools, Great Prices” list for Western universities. OBU is the only Oklahoma college listed on the “A-Plus Schools for B Students” list for regional colleges, ranking second in the West.

The exclusive rankings, which include more than 1,400 schools nationwide, were released Sept. 12. They will also appear in the 2018 edition of the “Best Colleges 2018” guidebook, available online now and on newsstands Oct. 10.

“Oklahoma Baptist University is committed to the highest levels of excellence in academic achievement,” Whitlock said. “The U.S. News and World Report rankings represent and validate the outstanding performance and achievements of OBU’s marvelous faculty, staff and students. We are pleased to see that our affordability is also recognized, with OBU ranked first for Western colleges for our students having the least debt upon graduation. This is a result of the numerous scholarship and financial aid opportunities that help make an OBU degree so affordable.”

OBU is ranked third on the list of “Best Colleges of the West.” This is the 26th consecutive year OBU has been ranked in the top 10. According to the report, the colleges listed as “Best Regional Colleges” focus mostly on the undergraduate experience and offer a broad range of programs in the liberal arts, as well as in fields such as business, nursing and education.

Dr. Stan Norman, provost and executive vice president for campus life, is pleased to see the efforts of the OBU community being acknowledged.

“The hard work and dedication of the OBU community is apparent in the release of these rankings,” Norman said. “The University is committed to the highest level of academic excellence and strives to transform the lives of students as they pursue an education on Bison Hill. We appreciate the tireless efforts of our faculty, staff and students, efforts that directly contribute to these rankings. We are committed to offering an affordable, world-class education at OBU, one that shapes the worldview of our students while challenging them to grow academically, spiritually and socially.”

OBU ranked first on the “Regional Colleges of the West” list for the “Least Debt” rankings, underscoring the affordability and value of an education at OBU. This list was calculated according to the average debt loads for the graduating class of 2016. According to the report, only 58 percent of OBU students graduated with any student debt. One major factor in OBU’s low student debt burden and affordability is that every new freshman receives a guaranteed minimum $5,000 scholarship per year.

OBU placed eighth on the “Great Schools, Great Prices” list for Western universities, and was the only university in Oklahoma to make the top 10. The calculations for the “Great Schools, Great Prices” rankings take into account a school’s academic quality, based on its U.S. News “Best Colleges” ranking, and the 2016-17 net cost of attendance for a student who receives the average level of need-based financial aid. The higher the quality of the program and the lower the cost, the better the deal. Only schools in or near the top half of their U.S. News ranking categories are included because U.S. News considers the most significant values to be among colleges that perform well academically.

OBU was one of only two institutions to qualify on the Regional Colleges of the West list for “A-Plus Schools for B Students.” These rankings are based on two variables, the school’s performance in the U.S. News and World Report’s “Best Colleges” rankings and the average freshman retention rate. The list includes exceptional colleges and universities that provide resources for academically average students to achieve success.

According to information provided by U.S. News, their annual rankings system rests on two pillars. It relies on quantitative measures which education experts have proposed as reliable indicators of academic quality, and on the magazine’s nonpartisan view of “what matters in education.” First, schools are categorized by mission, which is derived from the Carnegie Foundation for the Advancement of Teaching. The Carnegie classification has been the basis of the Best Colleges ranking since U.S. News’s first publication three decades ago.