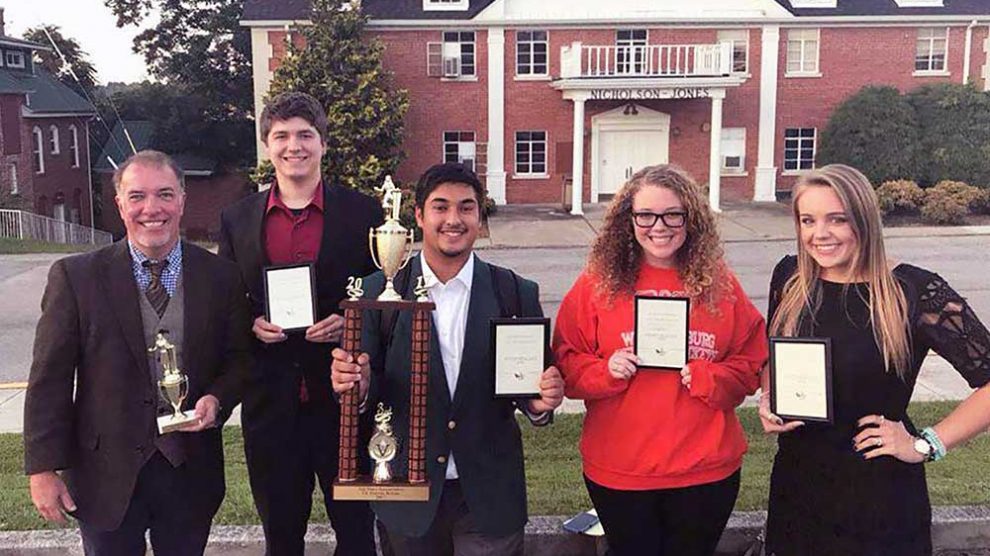 In the novice division, OBU had several finalists. Anna Chandler finished as a semi-finalist out of the 42 total competitors, Chase Chastain had a perfect preliminary round of 6-0 and finished as an octo-finalist, and Avry Wood and Abby Black both finished as octo-finalists. In the professional division, Scot Loyd, assistant professor of communications and director of forensics and debate, was first speaker and finished in the top two.

Dr. Chris Mathews, dean of the Warren M. Angell College of Fine Arts and professor of music, looks forward to cheering on the debate team as they represent the university and press toward the goal of a national championship.

“We are delighted at the exceptional start of the season for Bison Debate,” Mathews said. “Professor Loyd has assembled an amazing group of students who are prepared and eager to compete with their peers from highly rated programs, and we are not at all surprised that they are already garnering awards for OBU.”

As well as competing for tournament wins, Bison debate is competing for “season-long” wins. Loyd is hopeful that the team’s winning trend will continue, positioning them well for the national tournament, which will be held at the University of Whitworth in Spokane, Washington, March 23-27, 2018.

“I am very pleased with the performance of the team this year,” Loyd said. “We strive to train critical thinkers and effective speakers, because ultimately we want to represent the Gospel well in a world that is antithetical to that message. The skills we practice in debate prepare these young men and women to effectively defend truth wherever in the world they may eventually find themselves.”

Next on the team’s schedule is a series of regional tournaments held in Arkansas, Louisiana and Texas, with the next competition coming Oct. 5-8 at the University of Arkansas at Monticello.