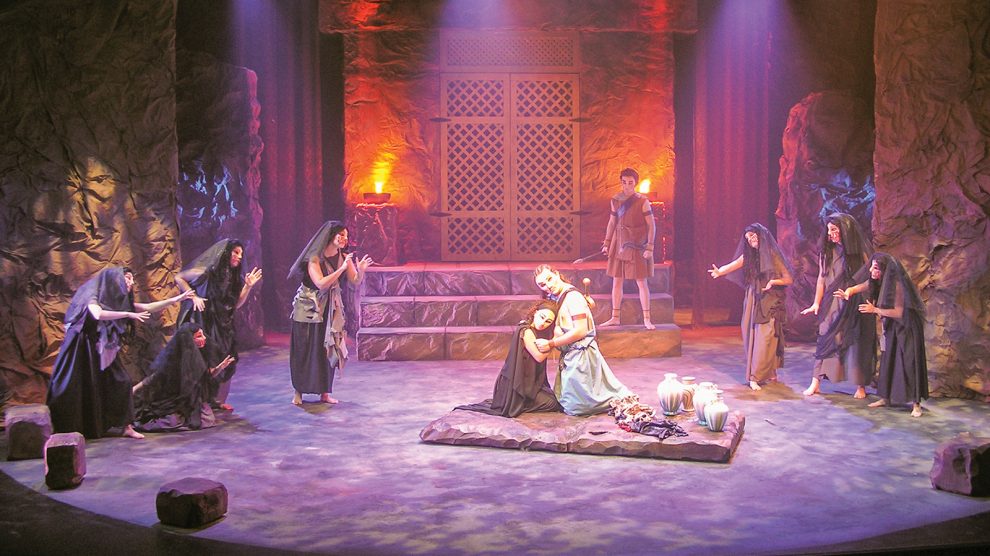 Mrs. Rhetta Mae Dorland came to OBU in 1919 as head of the department of Public Speaking and organized College Players shortly thereafter. Since that time, Theatre at OBU has entertained audiences, prepared students, and earned awards with productions ranging from well-known classics to contemporary works. Join us as we kick off the celebration with a Theatre alumni dinner immediately proceeding the Oct. 26 performance of The Pirates of Penzance, and then join us for the remainder of the season as we celebrate 100 Years of Theatre on Bison Hill.

The Pirates of Penzance

Presented in partnership with OBU’s Division of Music.

Set sail with this rollicking, delightfully funny tale of young Frederic, an orphan who was mistakenly apprenticed to a pirate at the age of eight. Frederic is now 21 and, though quite fond of the group of joyous and fun-loving pirates, chooses to forsake the pirates’ way of life and dedicates himself instead to their eradication, while falling for the beautiful Mabel in the process. Gilbert and Sullivan’s cheeky and charming operetta abounds with swashbuckling, fair maidens and a Major General with the true gift of gab.

Made possible in part by the Max Brattin Fine Arts Endowment.

By the time she was 30, Emily Dickinson had so isolated herself from the world that she never left the house and rarely accepted visitors. This play looks at the various events and relationships in Dickinson’s life and her journey into a world of isolation in reverse time, beginning with her life boarded up inside the New England Dickinson home and working backwards to her return home from Mt. Holyoke College. It incorporates Emily’s poetic voice as a glimpse of her true self.

Barefoot in the Park

Neil Simon’s Barefoot in the Park is a romantic comedy focusing on a pair of newlyweds, Corie and Paul, as they begin married life in a tiny, fifth-floor walkup apartment in Manhattan. Paul is a strait-laced attorney; Corie has a far more spontaneous, free spirit. As the young couple contend with a lack of heat, a skylight that leaks snow, several long flights of stairs, an odd ball neighbor and Corie’s well-meaning mother, they must also reconcile their own personal differences in how they approach life’s challenges.