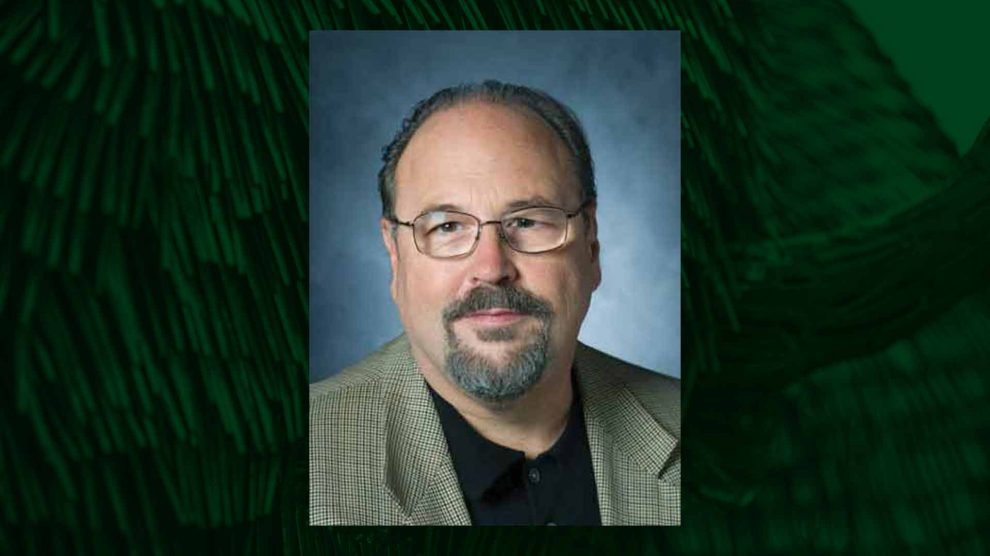 When powerful moments in life come full circle, they can move and inspire us in unexpected ways. And in the process, they can transform the futures of countless others along the way.

No one is more aware of this truth than OBU alumnus Michael Pierce.

All of his life, music has held a special place in Pierce’s heart. When he was five years old, he started along his musical path in life by singing in the beginner choir at his church, which was led by then OBU professor Jim Brown.

Little did Pierce know that this wasn’t the last time his path would cross with that of Professor Brown.

In addition to music, Pierce’s other passion in life has always been science. So, when he was looking at what college would be the best fit for him, he wanted a place that would foster his love for both.

He ultimately chose OBU for the quality of its science and music programs, and for the family-like atmosphere within the campus community. Pierce saw OBU as the ideal place to pursue music and sort out his career goals.

“I was great friends with Jim Brown, then a professor of music at OBU,” he said, “since he had been the minister of music at my church in Midwest City.”

At the same time, the experience at OBU would introduce Pierce to a number of other faculty mentors who would impact his life and career.

As his OBU experience unfolded, Pierce was able to stay in touch with both his artistic and scientific interests. One of his fondest memories from Bison Hill happened during his senior year, when he was able to perform in a talent show with two of his favorite people.

“I performed ‘Will the Circle Be Unbroken’ with my father, a former gospel quartet singer, as part of an SGA talent show,” he said. “Jim Brown and I were Masters of Ceremonies, but the twist was that he was a ventriloquist and I was his dummy, who he dragged out of a trunk to begin the show.”

And on the scientific front, Pierce was able to focus his studies with the help of another faculty mentor, Professor John Mills. He earned a position in Professor Mills’ research lab, which was funded by a grant from the National Institutes of Health (NIH).

Even beyond his pursuits in music and the sciences, Pierce found faculty mentors across campus who had a significant impact on his learning experience and life.

“Many faculty at OBU mean so much to me and had such a fundamental impact on my life and career,” he said. “Dr. Jim Hurley was a close friend and inspired us all by his sincerity, deep insights into life and love for his students.”

“Many faculty at OBU mean so much to me and had such a fundamental impact on my life and career.”

Throughout Pierce’s OBU experience he continued with his research pursuits alongside Professor Mills. After graduating, he was accepted to Johns Hopkins University for graduate studies, and from there went to the University of California-Berkeley, after receiving a postdoctoral fellowship from the NIH.

Following his time at UC Berkeley, Pierce accepted a position at the University of Miami’s esteemed School of Medicine. It was during his move to Miami that tragedy struck, when Pierce’s father was unexpectedly diagnosed with metastatic mesothelioma. He passed away three months later.

“Mainly because of this life-changing experience, I focused my career on the discovery of cancer markers,” Pierce said. “It took me many years to piece together that the smoking pipe filters he used for 40 years contained asbestos. So, obviously, our ignorance of the causes of cancer allowed this product to be marketed and claim to be healthful by filtering tobacco smoke.”

“We have developed an antibody that recognizes pancreatic cancer and are now collaborating with scientists at the University of Pennsylvania to develop CAR-T cells that can find and kill pancreatic cancer when injected into a patient.”

And as important as his academic and research work is to those living with cancer, Pierce is equally driven to serve as the same kind of mentor to young students as he benefited from during his student years at OBU.

In fact, he considers the impact he makes on young people who will one day change the world as the most rewarding aspect of his work.

“The challenge for a teacher is to give something to each student, irrespective of the level or capabilities of that student,” Pierce said. “Many times, that gift translates into helping the student gain an insight into her or his own talents and abilities. That experience translates directly from the teachers at OBU I learned from and their willingness to challenge and expect the best from their students.”

Away from work, Pierce cherishes spending time with his wife Stephanie, their two sons, and two grandchildren. Stephanie earned a Master of Fine Arts from Manhattan School of Music in New York and was the hired soloist in several choirs in which Michael performed, including locations such as Miami and Athens.

“My greatest memories have been singing the Requiem Masses by Bach, Brahms, Mozart, Rutter and Poulenc, all of which helped me heal from the deaths of my father and mother,” he said. “An added inspiration was that Stephanie was the soprano soloist for these works, with me singing bass in the choir.”