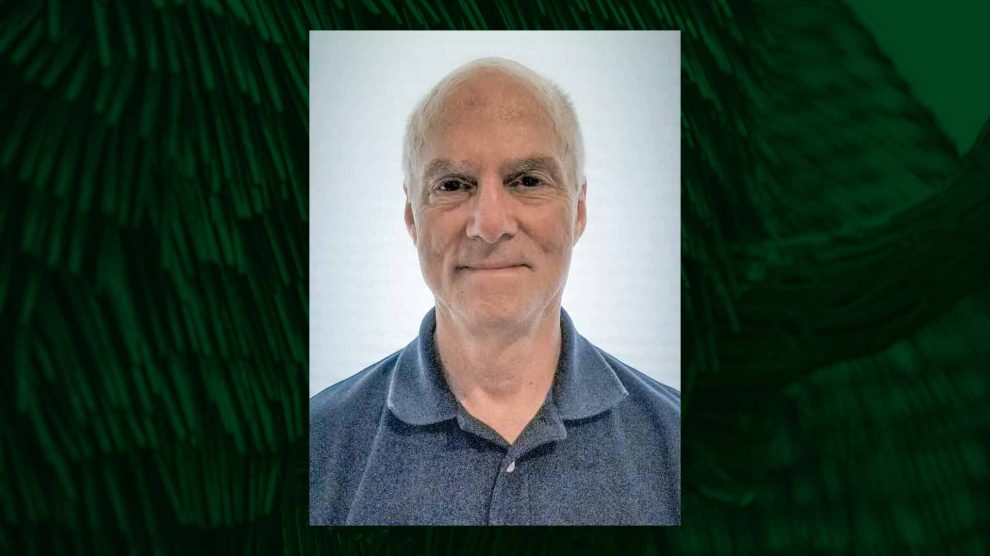 From the tennis courts on Bison Hill to military assignments around the world, OBU prepared alumnus Jim Adams for an extraordinary life.

We hear people talk about the word “journey” a lot these days. It can be a powerful way to express anything from a learning experience abroad, to intellectual enlightenment, to one’s walk with Christ.

Few people, however, personify the notion of “journey” and a life well lived in a way quite like OBU alumnus Jim Adams.

The mentorship that began on a tennis court on Bison Hill only to grow throughout all aspects of his OBU experience would later take him around the world in service to his country and in his dedication to help others live better lives through medicine.

As an OBU freshman, Adams formed an early relationship with the Bison tennis coach, Paul Duffield, whom he affectionately referred to as “Duff.”

Duff accepted Adams as a walk-on to the men’s tennis team and invited him to stay with the Duffield family the summer after his freshman year. That summer, Adams gained more coaching, leading him significantly improve his tennis game.

“I assisted in teaching tennis classes, plus he made sure I played many tournaments in the Oklahoma tennis circuit throughout the summer to give me experience and develop my game,” Adams said. “Additionally, I was always available to play with the Shawnee High School players throughout the summer. Whenever someone needed a tennis game, they just called Duff and I was always available. It was one of the most fun summers of my life. Duff and his wife were so accommodating and generous.”

Beyond the tennis courts, Adams found plenty of other faculty mentors across the OBU campus during his time on Bison Hill. Professors who were flexible and allowed him to make up assignments and labs missed due to his tennis schedule, even though it created more work for them. And others who challenged Adams to ponder life’s biggest and most vexing questions.

“While at OBU, Dr. Jim Hurley gave me the gift, not only of his teaching, but also of his time and attention, continuously asking and discussing those important questions, the ones that he is well known for asking, the ones that require thought, self-knowledge and growth: ‘Who are you?’ ‘Why are you here?’ ‘How will you contribute to your fellow man?’ and ‘What difference will your existence make to others?’”

“While at OBU, Dr. Jim Hurley gave me the gift, not only of his teaching, but also of his time and attention …”

When Adams graduated in 1971, the war in Vietnam was fully engaged. He enlisted in the Army in October of that year, fully expecting to be assigned to combat operations in Vietnam. But during basic training, his platoon went to a chapel orientation, at which the chaplain encouraged anyone desiring to become a chaplain’s assistant to stay after orientation for a short interview. Adams decided to stay, and after an on-the-spot audition, served as chaplain’s assistant and played the organ at chapel services for the remainder of basic training.

Instead of the battlefields of Vietnam, Adams received orders to report to Fort Hamilton, New York, for training as a Protestant chaplain’s assistant.

“I was ultimately assigned to work at the Eighth Army Religious Retreat Center in Seoul, a very nice, relaxing location where soldiers and U.S. government civilians working in Korea came for week-long religious retreats.”

While in Korea attending a fellow chaplain assistant’s wedding, Adams met and fell in love with a Peace Corps volunteer named Wrene Garthoff. About six months later they were married in Chonju, South Korea, where she was working as a physical therapist. Together, he and his new wife embarked on a military life and adventures that would take them around the world.

After completing his training as a clinical laboratory officer at Walter Reed Army Medical Center in 1978, he was assigned to a U.S. Army hospital in Vicenza, Italy. That was followed by later assignments at medical centers in El Paso, Texas, and Honolulu, Hawaii.

In 1984, Adams earned a graduate degree from the Medical College of Virginia, where he recalls a conversation during the interview process that made him once again appreciate everything OBU did for him. He was asked by the interviewer about a ‘D’ that he had earned as an undergraduate.

“I was preparing for a question about how I got the ‘D’ when the interviewer followed up with, ‘Did you deserve it?’” Adams recalled. “I replied, ‘Yes.’ After a long pause, the interviewer smiled a bit and said, ‘I wouldn’t worry about it too much. I got a ‘D’ in English literature when I was an undergraduate, too. It’s good to know you went to a school that gave you a ‘D’ when you deserved it. It makes the A’s and B’s worth more.’”

Adams retired from the Army as a lieutenant colonel in 1992. As a civilian, he moved on to positions as administrative director at a variety of clinical laboratories across the country.

While at Children’s Medical Center in Dallas in 2005, Adams met the chief chaplain and Dr. Hurley’s influence showed itself once again when the two bonded over an existential author that Hurley had introduced Adams to in college.

“That was the beginning of a long and productive friendship with him,” Adams said “We collaborated on book studies for the lab staff, including Peter Senge’s ‘The Fifth Discipline.’ Jim Hurley’s influence and encouragement added immeasurably to the depth and enjoyment of my career and life. One of my favorite Nietzsche quotes that Dr. Hurley liked is, ‘A student repays a teacher poorly who always remains the student.’ Dr. Hurley wanted each of his students to become a person from whom he could learn. That was the best way to repay and honor him.”

Adams retired a second time in 2017 and now lives in Corpus Christi, Texas, with his family. He and Wrene have been married for 48 years. Their son Matthew and daughter Jill both played tennis in high school and now have kids of their own, and their granddaughter is currently learning to play tennis as well.