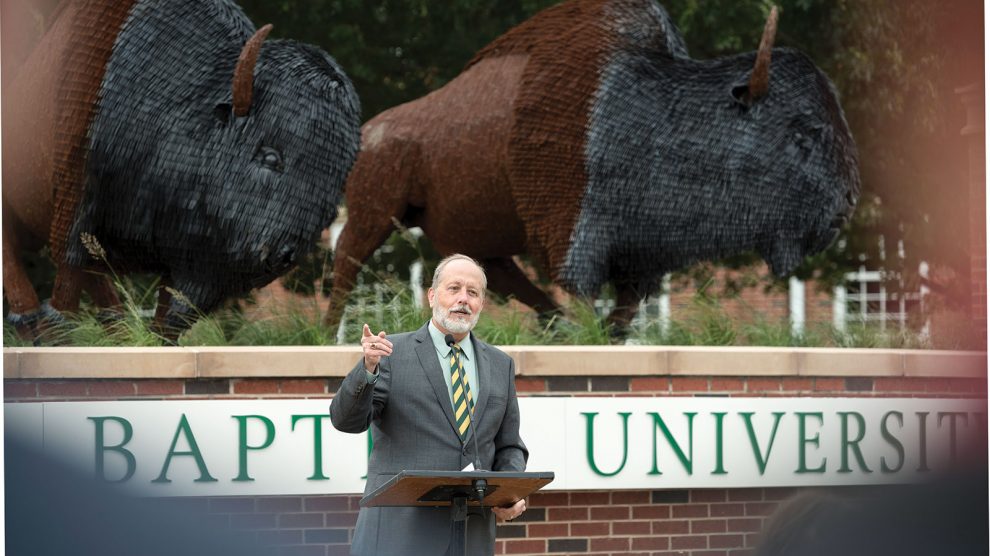 Ten years ago, OBU welcomed its 15th president, Dr. David W. Whitlock. The following year, in 2009, “OBU 2020: Vision, Mission, Values” was implemented as an outline for future growth. Since that time, the University has made tremendous progress toward achieving that vision.

Take a look back over the past decade to read about some of the changes on Bison Hill. In the past 10 years, OBU has experienced a 20% growth in enrollment, constructed new buildings, renovated multiple current buildings, added undergraduate and graduate programs, modified and expanded curriculum, enhanced community outreach, improved relations with churches and our denomination, improved faculty compensation and professional development, expanded student scholarships and advanced student services.

“The Board of Trustees acknowledges the many significant accomplishments achieved under the guidance and leadership of Dr. Whitlock … and expresses its sincere appreciation for his untiring service and dedication to the University and, more importantly, to growing the Kingdom of God through the mission and ministry of OBU.” – Steve Allen, Chairman of the Board

Athletics successfully transitioned from NAIA to full membership in NCAA DII and the Great American Conference in 2017. Athletic accomplishments include: