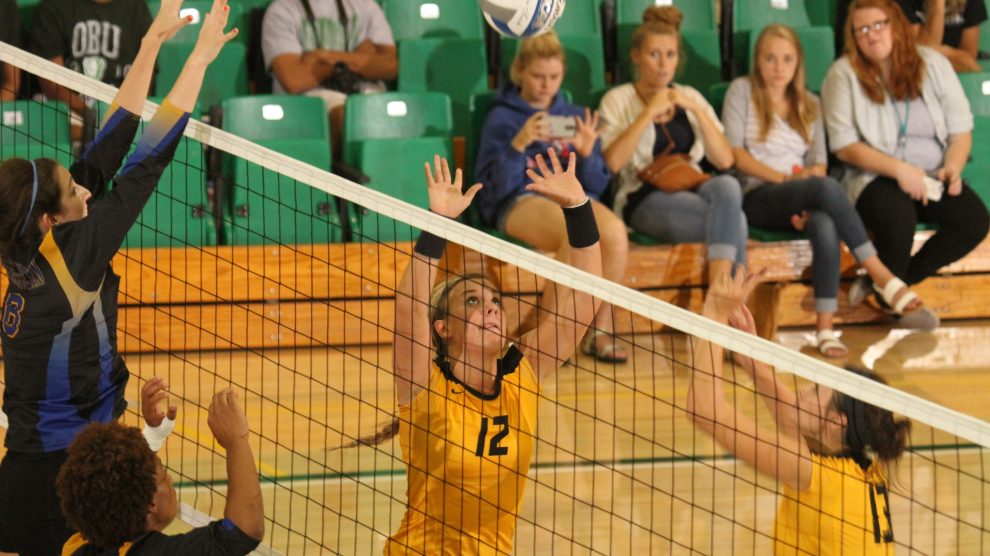 OBU volleyball owned one of the smoother transitions to NCAA Division II.

Despite putting together a tough Division II schedule, the Lady Bison compiled a 27-13 record, a second-place finish in the Great American Conference and a spot in the National Christian College Athletic Association championship finals.

That toughness conditioned the Lady Bison for a successful conference season in which the team, despite injuries to mainstays Cadyn Laing and Denise Coroiescu, went 14-2.

OBU was picked to finish fourth in the league, but lost only to Ouachita Baptist and eventual GAC regular season champion Arkansas Tech. The Lady Bison owned a season sweep of GAC Tournament champion Southwestern Oklahoma State. The Lady Bison were 7-0 in GAC road matches.

The NCCAA postseason saw OBU sweep through pool play at both the regional and the national tournament. At the Central Regional, OBU knocked off host Oklahoma Wesleyan in the semifinals and then fell to Colorado Christian in five sets in the championship match.

Records and awards stacked up for the squad.

Lucy was named GAC Defensive Player of the Year and first-team All-Conference with Cat Roth and Kynnedy Myers earning second-team honors and Coroiescu and Fleitman listed as honorable mention.

Lucy also earned NCCAA Central Region Player of the Year honors and was joined on the All-Region First Team by Roth and Myers with Carey Strong making second team.

The NCCAA All-America squad was led by Lucy as well, with Roth and Myers making second-team.