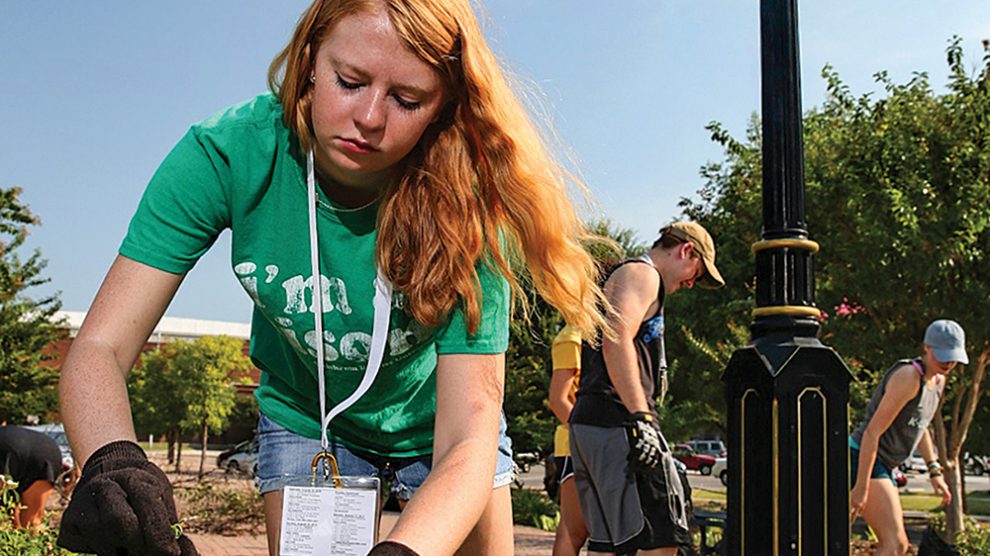 Serve Shawnee began in 2001 to show OBU students they can make an important difference in their community. Each new class of students, including both freshman and transfer students, goes out for three hours to different locations around Shawnee. They are led by upperclassmen and staff members, as they participate in a variety of projects including picking up trash, painting, cleaning, pulling weeds at local care facilities and schools, and much more.