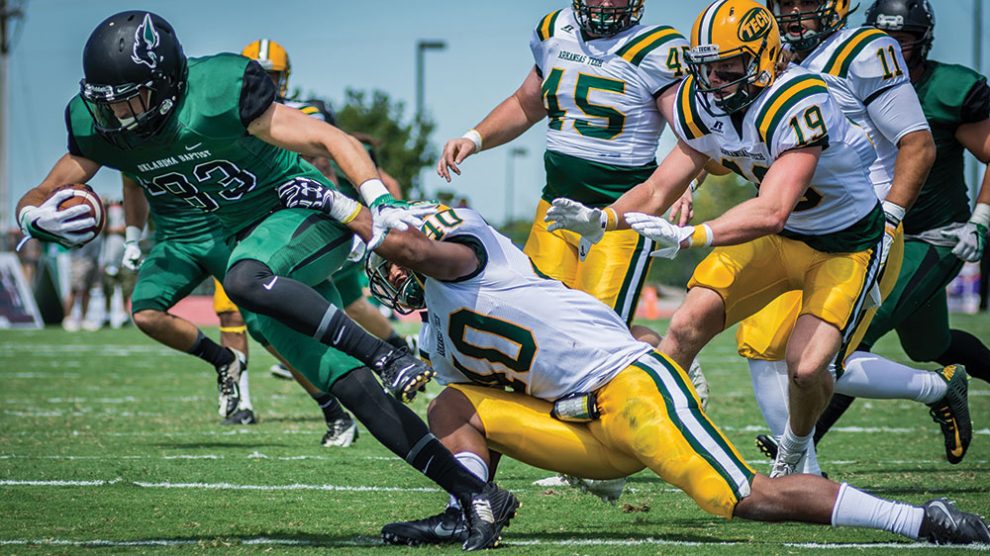 OBU cleared the final hurdle in its three-year transitional journey to the NCAA with a recommendation of full membership from the NCAA Membership Committee, effective Sept. 1. As full members, OBU teams will be able to participate in conference and NCAA postseason events.

After listening to all sides of a debate on whether to pursue membership in the NCAA, OBU opted to journey from its longtime home in the NAIA to become a member of the largest association of college athletics on the planet, starting the process with an application for membership in 2014.

University offices were subject to NCAA training and evaluation. To move forward in each of the three stages, OBU had to demonstrate compliance with NCAA rules and standards.