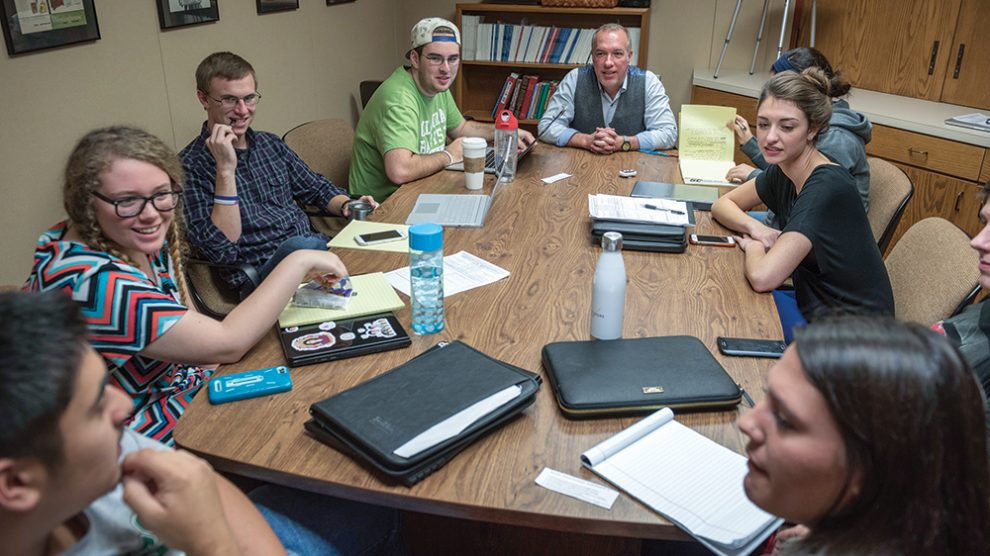 Over the last year, there has been talk nationwide about debates. Who said what, who won, and what effect each debate made on the viewers. And while that national conversation was couched in the midst of presidential politics, speech and debate also came to life on OBU’s campus in Shawnee.

It didn’t take long for the team to make an impact bringing home its first tournament championship from the Tulsa Community College/Green County debate tournament in October. OBU competed against 20 other college and university programs from across the region.

“Debate serves our growth because it forces us to listen to others, identify our differences and points of agreement, and articulate our viewpoint as it is supported by the evidence, or change if we find it unsubstantiated,” Loyd said.

The team currently competes in the public debate category, a more real-world experience of persuasion.

“Students benefit from debate because it improves their critical thinking and oratory skills immediately,” Loyd said. “Over time, students involved in debate are poised to benefit the institutions they choose to serve because they have done the hard work of thinking through the difficult challenges that face our society and world.”