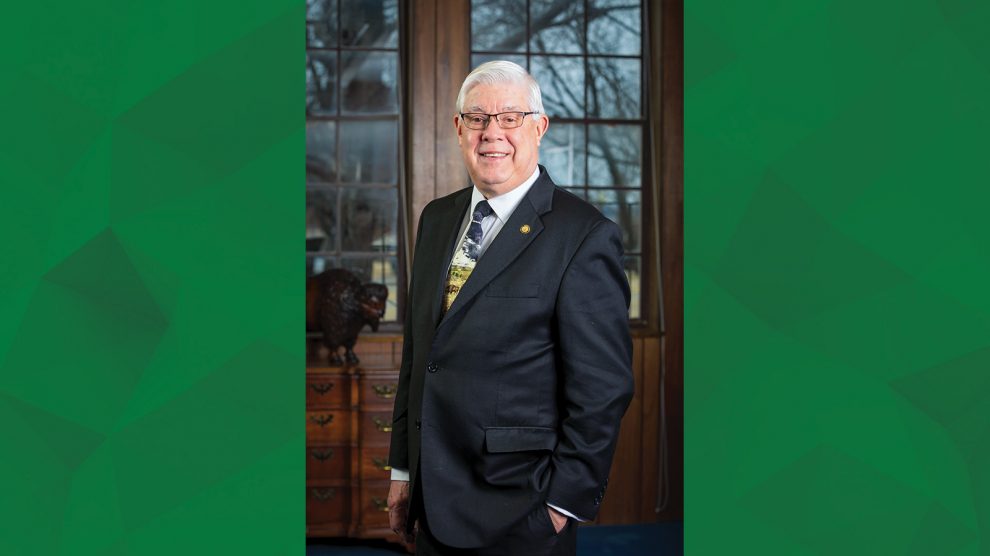 It has been an honor and a joy to serve again at OBU these past eight months. The call to return to Bison Hill for an interim position is one of the very few things that could have pulled me away from my newly established retirement status in Florida. I had been retired from Southwest Baptist University for just over five weeks when I was asked to serve as interim president. These past months have reminded me just how much I love this University. My two daughters are both OBU alumni and cherish their years at OBU as well.

In August right before the beginning of the fall semester, I had the privilege of giving a State of the University address to OBU faculty and staff. I want to share with you some of what I shared with them. In summary, here is what I said:

OBU has a very bright future ahead. While we recognize that it is a difficult time for all higher education institutions, and in particular Christian universities, the challenges of today are manageable. Here are several specific reasons why OBU will remain strong.

As OBU searches for our 16th president, I ask that you join us in praying for the search committee, for the Board of Trustees, and for the candidate that God will call to lead our University during the years ahead.

Dr. C. Pat Taylor retired as president of Southwest Baptist University in Bolivar, Missouri, Aug. 31, 2018, after nearly 22 years in this role. Prior to becoming president of SBU, Taylor served as chief academic officer at OBU for 10 years. As senior vice president and provost, Taylor was responsible for OBU’s academics, student development, admissions, religious life, library services and athletics from 1986 to 1996.

He previously served as associate vice president for academic affairs at Union University in Jackson, Tennessee, from 1979-86. From 1975-79, he was an assistant professor of education at Belmont University in Nashville, Tennessee. While at Belmont, he served as head resident of Pembroke Hall, a men’s dormitory housing 150 men. His experiences also have included community college and high school teaching and coaching.