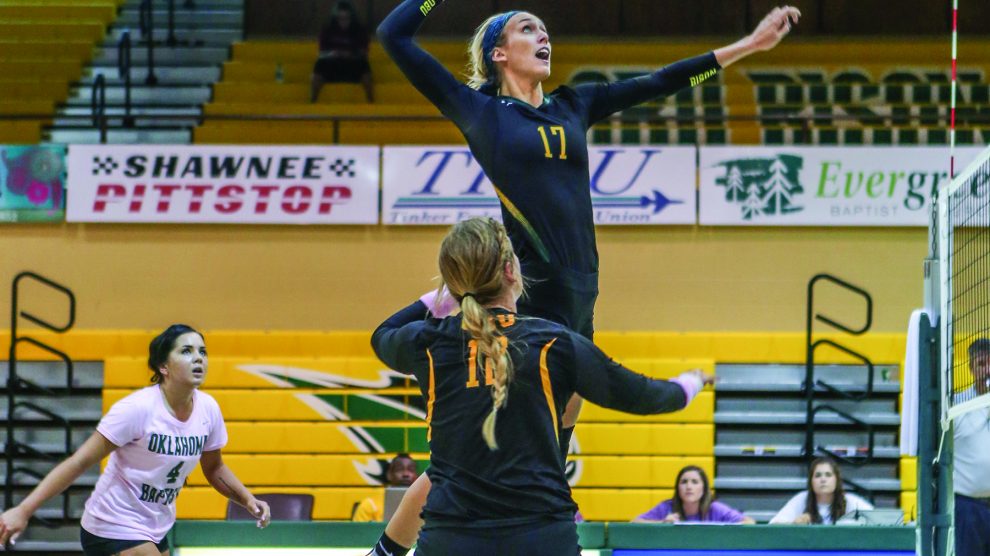 With a tradition of excellence in the Sooner Athletic Conference, the Lady Bison volleyball team transitions to NCAA Division II and the Great American Conference this season. The squad is ranked fourth in the GAC preseason poll and that suits coach Anna Howle just fine.

“I think our ranking is great for us at this stage, because I think it will fuel a fire in our team to prove they can do better than that,” Howle said. “Going into the GAC, the biggest challenge for us is playing good volleyball every single night and being able to step up to that challenge. There are no breaks in preparation and competing, and we will be trying to win in
different gyms than we’ve ever
been in before.”

The change is both welcome and challenging for a Lady Bison squad that consists of newcomers and veterans. The veteran group cut its teeth on some GAC competition during the spring and became a solidified unit of leaders.

“We are coming off a great spring, probably the best spring we’ve
ever had,” Howle said. “We improved as a team and individually, but the thing we developed the
most was identity of who we are going to be, what we work for,
what we play for.”