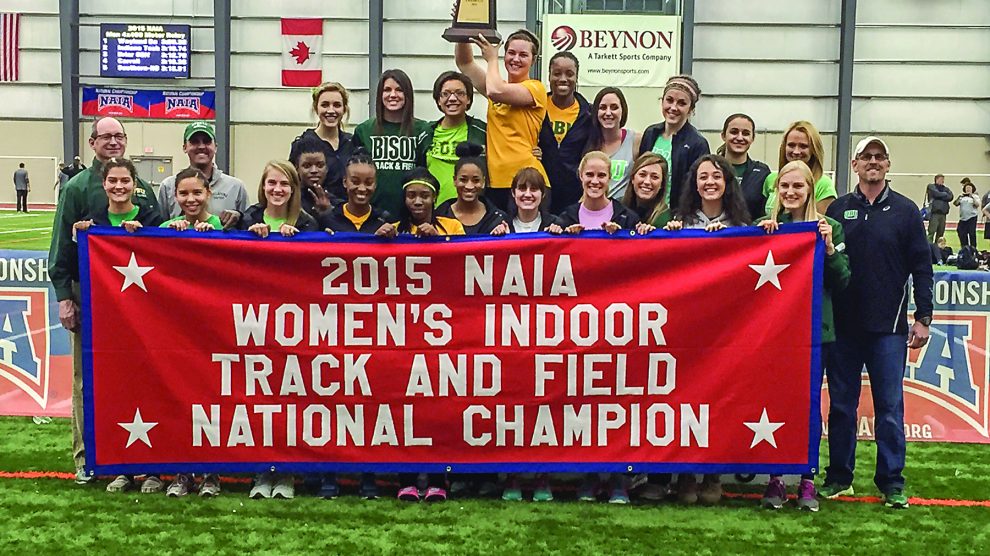 Oklahoma Baptist rode record-setting performances and unexpected points to its third consecutive NAIA Women’s Indoor Track and Field Championship in March while the Bison finished third in the men’s team standings. It is OBU’s seventh women’s indoor team championship, adding to titles in 2005, 2007, 2010, 2011, 2013 and 2014.

“This was wonderful because of the way we won it,” Mastin said. “I’ve been to 37 national meets and this is the first one I’ve been to where one team got four of the six major awards. They usually like to spread that out to make everyone happy.”