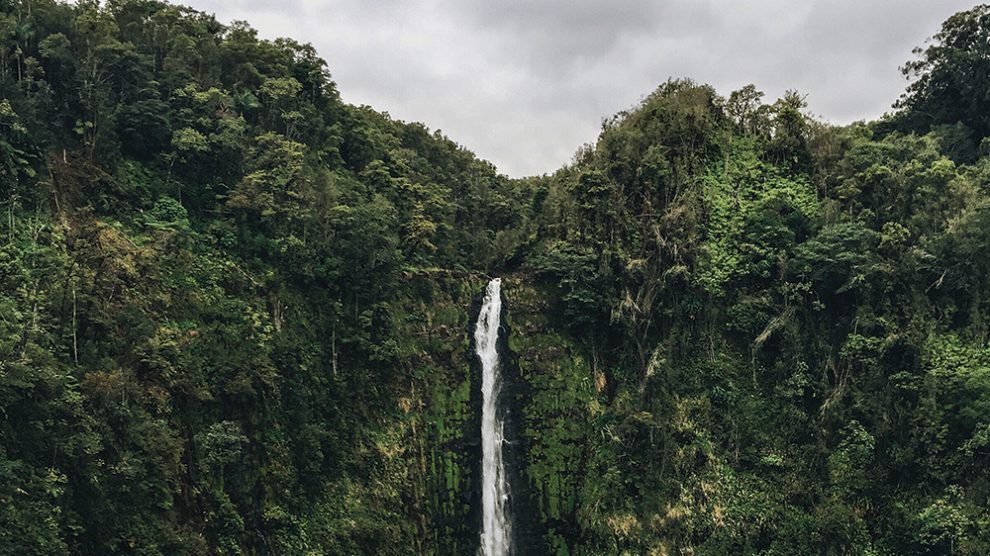 “Hawaii.” Just hearing its name evokes images of a tropical paradise, surfing, volcanos, luaus and Hula. It triggers dreams of an island paradise – a relaxing, distant place of beauty, far removed from the rolling hills of central Oklahoma.

For a group of OBU students and their professor, Hawaii became reality this March as they embarked on spring break to study the “Natural History of the Big Island.”

Dr. Dale Utt, associate professor of biology, led the expedition along with his wife, Randy.

The class traversed the island of Hawaii, experiencing numerous adventures along the way, from whale watching to exploring the Blue Sky Coffee Plantation; from dining at a luau to star gazing at Mauna Kea; from snorkeling with turtles at Kahalu’u Beach Park to experiencing the wonder of nature’s majesty in waterfalls, rainforests and volcanos.

Keaton Nye, one of the students on the trip, shared the following reflections and visual images he captured along the way.

“This class allowed me the opportunity to study biology, geology and culture,” Nye said. “We saw real life examples of things we studied in the books. We toured the island by helicopter, were hands on with volcanos, rode on a submarine, snorkeled and visited many ‘non-tourist’ places.

“I’ve traveled to nearly 20 countries, but I had never been to Hawaii. Like many islands, Hawaii had a relaxed demeanor to it, and the people were extremely welcoming. There were a few sandy beaches, including black and green sand. We saw waterfalls, rainforests, sea turtles, lava, whole towns that were consumed by lava, and a cave-like structure formed by lava called a lava tube.”

Nye valued the educational aspects of the trip as well as time spent with mentors and each other.

“The most rewarding part of the trip was not only the knowledge I gained, but also the relationships I built,” Nye said. “Spending so much time together was an extremely fun experience. I gained new friends and was able to experience a professor outside a typical classroom setting. Getting to spend this time with Dr. Utt really allowed me to not only see him as a professor who gives me invaluable information, but also see him as a person.”

Nye encourages all students to challenge themselves and take a trip like this. The benefits are lasting and the effort is worth it.

“This kind of trip is extremely important for OBU students to participate in because it gives us a chance to experience nature and a culture that we can’t experience back home,” he said. “Apart from all the incredible scientific information you learn, students also are able to work on relationship building skills, understand how to better share their faith with other groups of people and experience a college class in a totally unique way.”

Nye graduated this May with a degree in Digital Media Arts. He plans to pursue a career in commercial cinematography, continuing his love and passion for story telling through visual imagery.