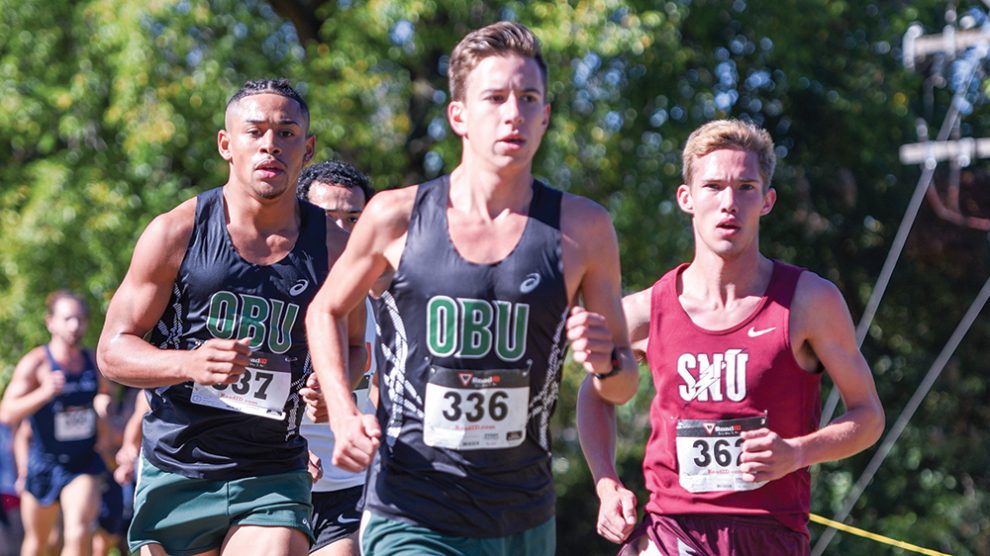 When most 16-year-olds get a driver’s license, the first thing they might think about is all the places they can go with their friends. Sophomore biochemistry major Jacob Janzen, however, decided to use his license to help others.

A graduate of Jenks, Oklahoma, Janzen came to OBU on a track scholarship where he runs in long distance events. This year Janzen made All-Great American Conference and NCCAA All-American. When he’s not running track for OBU during the school year, he usually spends his summer delivering food for Meals on Wheels to families in need. He got started when he noticed a call for drivers posted on his church’s bulletin board.

“I started my junior year of high school when I got my license so it’s been about three years,” he said.

Janzen, who said he was looking for an opportunity to help the Tulsa community, felt he could use his new license to do some of God’s work.

“They needed a lot more drivers because they’re so short staffed,” he said. “It’s really bad in north Tulsa, there’s a lot of poverty, so I felt called to go out there and try to do the best I can to help out.”

Janzen’s former church, the First Presbyterian church of Tulsa, provides the meals and has them ready for him to pick-up and deliver.

“I go and pick up all the meals and work out a route and deliver all the meals to the people and visit with them,” he said. “Because we also keep an eye on their well-being, if they’re sick or something like that we report it.”

Jansen said that making sure those in need have something to eat is a rewarding feeling. While some aren’t necessarily happy about having to receive help, Janzen said his deliveries are usually met with gratitude. One man even invited him into his home once to share a piece of scripture.

“We talked a little bit about some of our favorite Bible verses,” he said. “We talked several times about Paul’s letters and he was a really big fan of Paul.”

Janzen said at the time he hadn’t studied much of Paul’s letters and said the conversation made him feel led to read them more closely.

“It really helped me grow in my faith a lot so I’m very grateful for that interaction,” he said. “It only lasted 25 minutes or so but it made a pretty lifelong impact.”

While he doesn’t get much time to help during breaks due to his family’s move to Edmond, he still helps with Meals on Wheels at his former church every summer.

Currently Janzen is working on his degree in biochemistry so he can continue to help others in the medical field.

“I really would like to be a nuclear pharmacist, who works with com-pounding nuclear medicine for cancer treatments,” he said.

In the meantime, he will continue to spend his summers helping to make sure that those in need can enjoy a good meal – proof that sometimes all you need to do God’s work is a car, a full tank of gas and a willing heart.