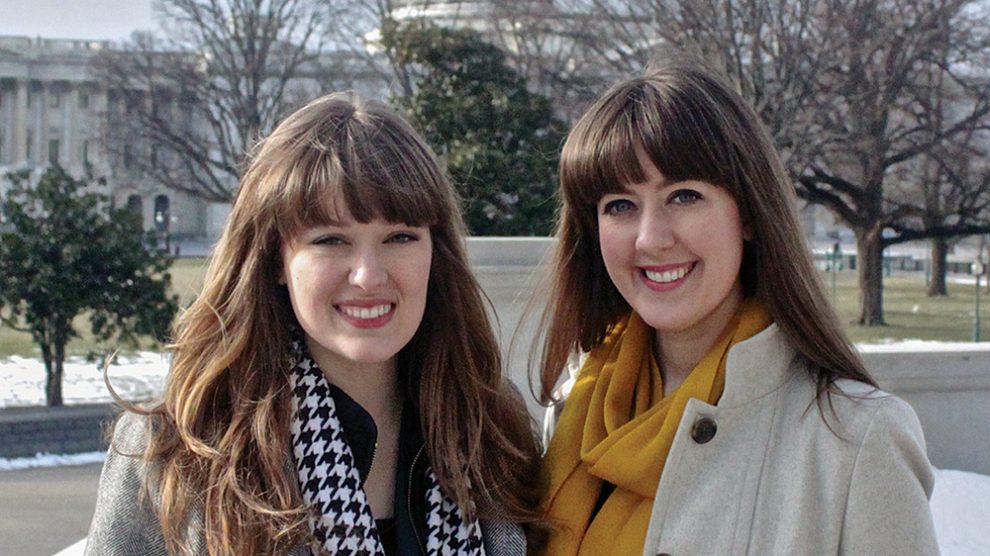 A primary goal for most college students is to reach the end of the semester and pass their finals. Many also dream of someday landing a job in a new city. Yet, those goals are not reached overnight. For those who make that dream a reality, the path takes planning, focus and determination.

“It’s a long story,” 2009 OBU finance and marketing graduate Sarah Corley said. “When I graduated, there was a lot of uncertainty with the economy, and many companies, including the one I’d interned with the summer before, were holding off on new hires.”

She was determined to branch out and find adventure. She eventually found herself involved in James Lankford’s congressional campaign, helping supporters host grassroots receptions and meetings through the primary, run-off and general elections.

“After the campaign ended, I was offered a job helping establish the new D.C. office,” Sarah said. “I started out in the front office managing constituent services like tour requests. I was the first person people would hear on the phone or meet when they came in.”

“I really enjoyed writing, and I had some great teachers who encouraged that gift in me, especially at OBU,” she said. “I decided that I wanted to be a press secretary, so I started thinking about what I needed to do to achieve that.”

Sarah took several steps to reach this goal, including offering her time in the office’s press shop.

“After months and months of hard work, God opened the right door at the right time,” Sarah said. “I am the Communications Director for Congressman Tom Cole, who represents the Fourth District of Oklahoma in the U.S. House of Representatives. I write all the press products, post on social media, update the website, talk to reporters, schedule interviews and manage crises when they come.”

Sarah was surprised last year when her sister joined her in D.C.

“I had an itch to travel and live in a different part of the country,” 2013 OBU graphic design graduate Mary Corley said. “So I began looking outside of Oklahoma for opportunities. Washington D.C. was the first city on my list.”

Mary had worked for one year as a graphic designer before joining Congressman Markwayne Mullin’s office as a staff assistant, where she used her design skills for social media graphics and more. She recently accepted a position as Digital Strategist at the National Republican Congressional Committee, where she will fully utilize her design talents and education.

It Began on Bison Hill

The OBU influence touched both girls’ lives long before they attended as students.

“When it came time for me to attend college, going to OBU was a family tradition,” Mary said.

Sarah agreed. “I grew up around the idea of OBU,” she said. “Both my parents went there, and I just loved the campus community, faith-based education and liberal arts focus. I was also drawn to the small class size, because I wanted to not only know my professors, but for them to know me, too. I still keep in touch with several to this day.”