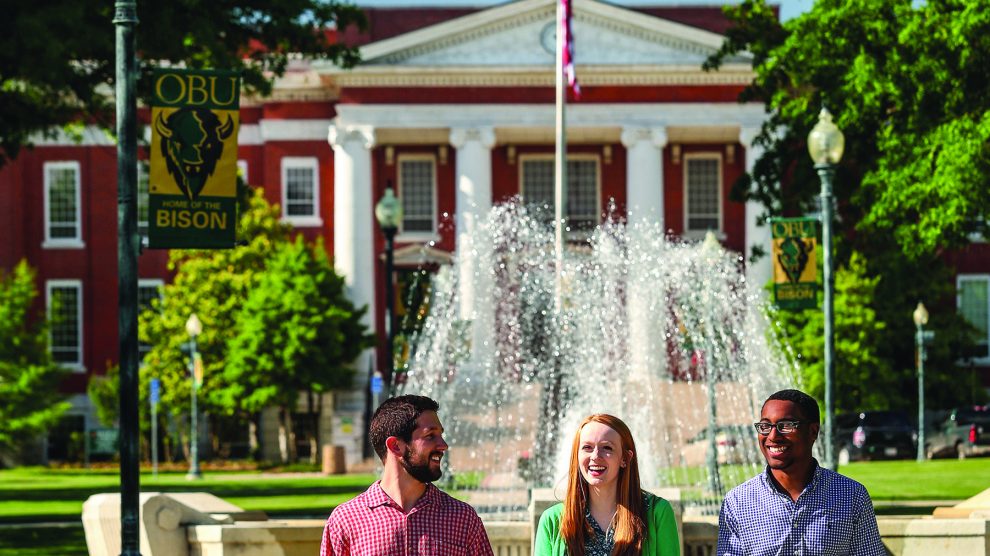 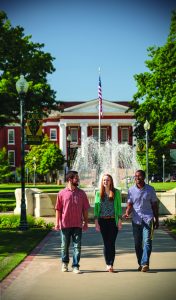 For the 11th consecutive year, The Princeton Review named OBU one of the best colleges and universities in the western United States. OBU was one of 126 institutions listed in the “Best in the West” section on the educational research firm’s website feature, “2016 Best Colleges: Region by Region.”

Colleges selected each year must meet criteria based on academic assessments and student opinions. Princeton Review makes the academic assessments based on data collected through surveys of administrators, staff and counselor advisors. Second, 136,000 students at 380 colleges and universities are independently surveyed through a secure online survey about their school’s academics, administration, student body and themselves. Comments from surveyed students are quoted in the school profiles on The Princeton Review website.

An OBU Spanish major said, “OBU is a Christian university that focuses on the liberal arts so that students are exposed to many different areas of study in order to succeed in a diverse world.”

OBU students described their professors as “passionate” and “inspiring,” and one student said, “Professors are engaging, encouraging and happy to help students.”

For the 22nd consecutive year, U.S. News & World Report named OBU as Oklahoma’s highest ranked college on the “Best Regional Colleges of the West” list for 2016. OBU is also ranked in the top ten “Great Schools, Great Prices” regional colleges list and is the only Oklahoma college listed on the “A-Plus Schools for B Students” list for regional colleges.

The exclusive rankings, which include more than 1,400 schools, are published in the U.S. News publication of the “Best Colleges 2016.”

OBU is ranked fourth on the list of “Best Regional Colleges of the West,” retaining its same ranking as 2015. This is the 24th consecutive year OBU has been ranked in the top 10. The rankings system rests on two pillars. It relies on quantitative measures which education experts have proposed as reliable indicators of academic quality, and on the magazine’s nonpartisan view of “what matters in education.”

OBU ranked ninth on the “Regional Colleges of the West” list for the “Great Schools, Great Prices” rankings, underscoring the affordability and value of an education at OBU. The University moved up one spot from last year’s ranking of 10th. The calculations consider a school’s academic quality, based on its U.S. News “Best Colleges” ranking, and the 2014-15 net cost of attendance for a student who receives the average level of need-based financial aid.

OBU is one of only two institutions to qualify on the Regional Colleges of the West list for “A-Plus Schools for B Students.” These rankings are based on two variables, the school’s performance in the “Best Colleges” rankings and the average freshman retention rate. The list includes exceptional colleges and universities which provide resources for academically average students to achieve success.

The ranking was developed by first focusing on schools with residential MBA programs. Several criteria were then used to rank the schools, including the number of MBA concentrations offered, tuition costs and whether or not the program has a special business school accreditation.

OBU’s MBA program features four areas of specialization, in addition to a general MBA. Students may complete tracks in International Business, Leadership, Project Management or Energy Management. OBU’s MBA tuition costs fall into the low range for degrees of this type, and 100 percent of OBU’s MBA graduates are employed at graduation, experiencing an overall 20 to 30 percent increase in salary after graduating.