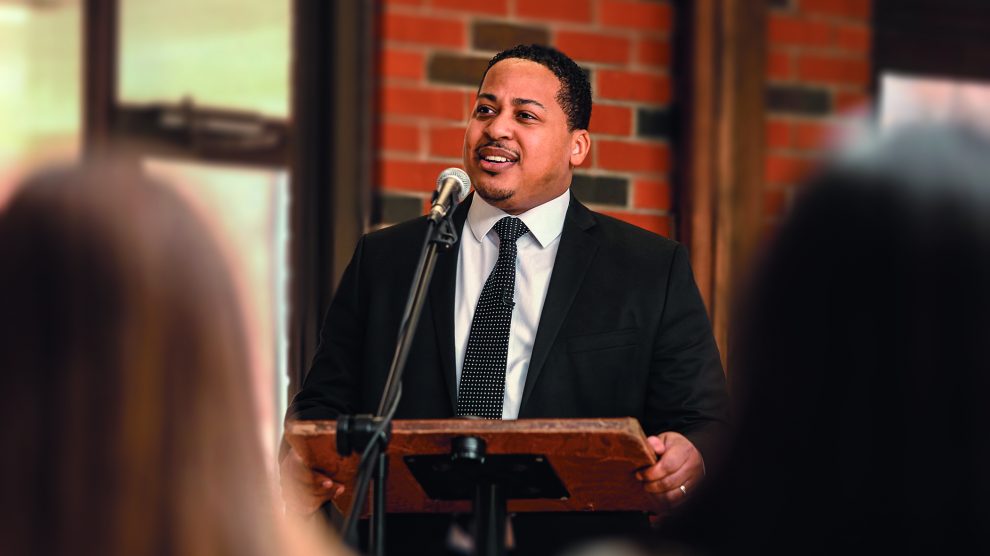 The United Students of Color and other members of the OBU community also attended Unity Baptist Church in Oklahoma City for a Sunday service. The church was founded by the late Rev. Dr. Eric A. Mayes, Jr., the first African-American graduate of OBU in 1963. He authored five books and founded a nonprofit ministry which provides scholarships for college-bound students. He died Sept. 10, 2014, leaving behind 90 years of an outstanding legacy in both Baptist ministry and African-American achievement.