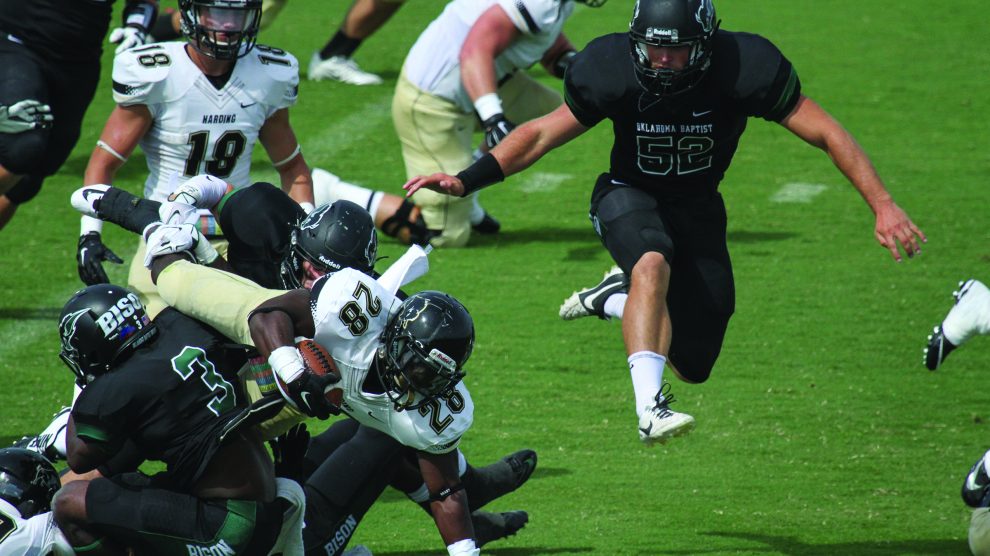 OBU finished 2-9 in its first NCAA football season, which included a few surprises.

A heavy underdog to a Top 25 opponent in the season opener, the Bison forced Harding into overtime, but some missed opportunities in the kicking game proved to be the team’s undoing, with OBU falling 20-19.

OBU notched its first NCAA victory against Arkansas-Monticello. After falling behind 7-0, the Bison scored 36 unanswered points on their way to a 56-28 win. Jordan Barnes rushed for 170 yards and Stephane Turner added 116.

The Bison picked up their first road win in the NCAA with a big comeback at Northwestern Oklahoma State in Alva. With Barnes and Isaiah Mallory benched with injuries, Jacob Ellis became the primary running back. OBU trailed Northwestern 24-0, before putting up a defensive touchdown by Devontrae Young for a 24-7 halftime score.

Alva native and Northwestern transfer, Ellis torched his former team for a school-record 211 yards rushing on 25 carries. He and quarterback Dez Stegall scored two second-half touchdowns each and Brynden Pitzer added another touchdown interception return to lead the Bison to the 41-38 win.