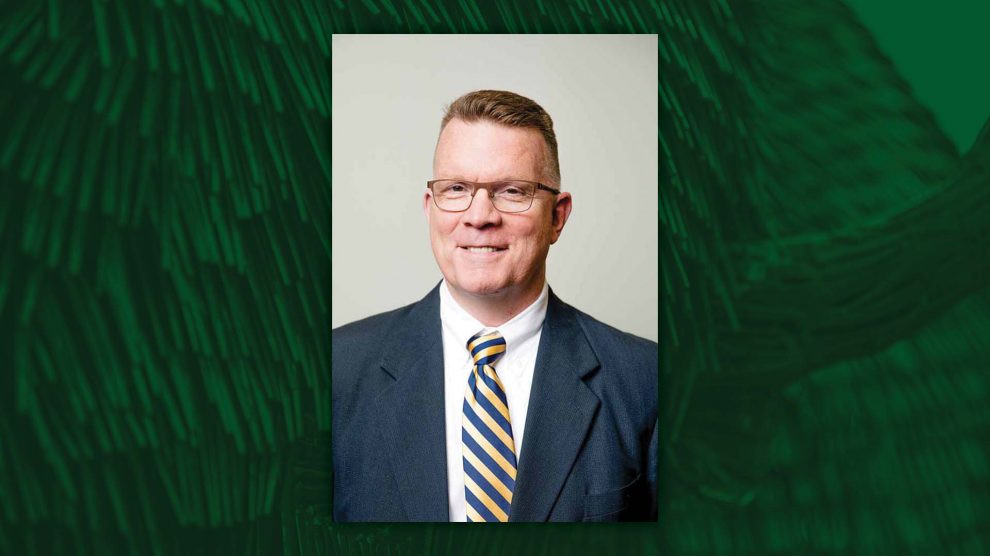 For OBU alumnus Steve Whitaker, the power of preaching and lifting communities in need is a family legacy.

Faith and giving. It’s a powerful combination that can, quite literally, transform lives and lift up communities.

From preaching the gospel of Jesus Christ, to providing the essentials of food, clothing and shelter to those who are most in need, few callings in life have more impact or purpose.

Nobody understands this more than Steve Whitaker. For him, living this life of faith and giving isn’t something he does. It’s more about who he is. He sees it as part of his personal DNA, passed down from family members who, for generations, have devoted their lives to helping others through faith and relief work.

Still, his is a story that is as unique as any of them.

A Path All His Own

Whitaker’s path to and through college wasn’t a traditional one. Originally from Missouri, his family moved to Oklahoma and, upon beginning his college experience, he met the love of his life. They married and had a child. It was then that Whitaker realized that carrying a full academic load while also working two jobs to provide for his family simply wasn’t going to work.

So, he took a hiatus from school. Then, during his early 20s, Whitaker experienced a moment that would shape the rest of his life.

“I had an epiphany. I had a moment where God spoke to me and called me to the ministry,” he said. “There was absolute and complete clarity at that moment. I can still hear that voice from that moment. And I’m grateful for that. I’m grateful that God was that definitive with me because my ministry has taken me far from a typical pulpit ministry. It’s been helpful for me to have that clarity that never leaves, regardless of where I am.”

This calling and journey would take him to OBU, the one school in the state that he believed would most strongly align with his Southern Baptist upbringing.

His vision for the future now clear, Whitaker would set forth to become the 10th generation minister in his family and follow in the footsteps of his father and others who spent their lives integrating faith with mission work.

Whitaker himself would be the first to tell anyone that his time at OBU as a student was anything but easy. But it wasn’t that the academic work itself was too difficult for him to handle. It was the fact that he was so focused on his future in the ministry that he struggled to understand the purpose of some of his courses.

“It was kind of difficult for me because I was Christ focused,” he says. “It took a couple of my professors who had to explain to me ‘Steve, you’re here to get an education, not an indoctrination.’”

A key for Whitaker’s realization was the guidance and mentorship of his advisor, Dr. James “Bob” Evans, who told him to dig in, and that the academic work that seemed far and foreign from ministry had its purpose and its place. Dr. Evans advised him to learn everything he could learn in that class, read everything he was asked to read and have faith.

“Dr. Evans would say ‘Steve, this is going to prepare you to talk to anyone you encounter, whether they have a terminal degree with a Ph.D. after their name or just an average guy on the street,” he said. “You’re going to read things that are going to inform you.”

Whitaker discovered that his professors were provokers, in a good way. Another class he took involved extensive writing. He found it challenging, but invaluable. “Some people are great speakers and orators, but they can’t write worth a darn,” he says. “And with what God was calling me to do, I’ve had to be competent in both worlds.”

To this day, Whitaker still has those books on his bookshelf, including The Gulag Archipelago, as a reminder of his days at OBU.

Back when his family moved from Missouri to Oklahoma, Whitaker’s father, Paul, was a member of what’s known today as the North American Mission Board. He was also a minister and a church planter with Native Americans.

Watching the work of his father and knowing of the similar relief work his earlier relatives were involved with instilled in Whitaker a deep belief in the importance of helping disadvantaged individuals, families and communities.

“My dad worked with Native Americans, who have struggled and continue to struggle with deep poverty,” he said. “You can’t be a part of that and be the shepherd and not be involved in relief work at a significant level. So, he was always looking for some way to bring in food and bring in clothing.”

In 1989, Whitaker was called by John 3:16 Mission in his home community of Tulsa for the purpose of innovating ministry outreach to inner city youth and families experiencing homelessness or deep poverty. This was his opportunity to immerse himself in relief work on a macro scale.

He introduced programs for children, youth and adults that eventually led to the creation of the John 3:16 Mission Family & Youth Center facility in North Tulsa. And in 2001, he became the Mission’s senior pastor and president.

“If we’re talking about relief work and people who could be at their very worst moment, there’s comfort and power in the gospel of Jesus Christ to win the lost,” he said.

Today, under his leadership, John 3:16 Mission has been transformed from a small soup kitchen style shelter with limited programming into a ministry offering the most comprehensive faith-based care and recovery in Tulsa.

“My buildings are nice, they’re clean, they smell clean. You get a clean bed and clean scrubs to put on at night. There’s a counselor to speak to, a chaplain available and a five-star meal,” he said. “And then if you’re going to deal with the men you’ve got to deal with the families and that’s why I started work with families and youth and working with disadvantaged youth. You can’t let the kids flounder while dad is in recovery.”

Whitaker, who’s been married to the love of his life, Sandy, now for 45 years, continues to lead the Mission toward the completion of the largest expansion of programs in its history, leading to even more lives being transformed in Christ’s name. This past Thanksgiving, he oversaw the Mission’s distribution of more than 5,000 turkeys and food baskets to disadvantaged families in the community.

And the driving force behind all of it can be traced back to observing his father serve others through relief work while preaching the gospel of Jesus Christ and seeing his grandfathers who were Baptist preachers taking action whenever they saw people in need.