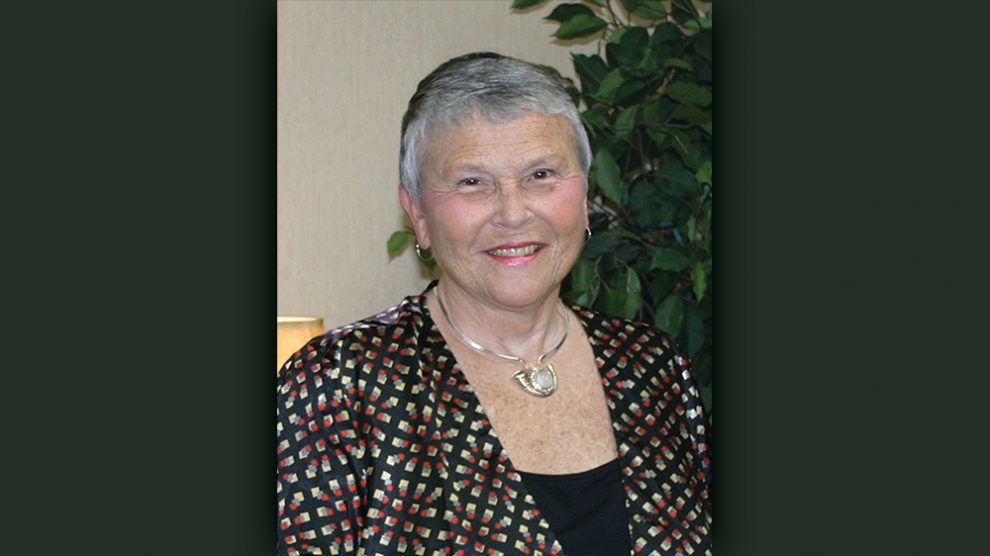 Exceptional musical talent, an intense love for people and music, and OBU-influenced training. These three ingredients led to one extraordinary life, a life built around a commitment to serving God by serving others.

Dr. Hildegard Stanley recalls the invaluable OBU education and mentoring she received that formed a common thread woven throughout her life. Growing up in Immanuel Baptist Church in Tulsa, Oklahoma, she was inspired musically from a very young age by Dr. R. Paul Green, OBU graduate and IBC minister of music.

“From the time I was four or five years old and a member of the rhythm band at my church, Dr. Green was my teacher, my mentor. He was my role model.
I am who I am today because of his influence on me,” Stanley said.

Following her junior year of high school, Stanley was awarded a vocal music scholarship to OBU. Having recently surrendered her life to ministry, she considered this scholarship confirmation of her decision to become a Bison, a decision she has never regretted.

At OBU, Stanley learned the importance of encouraging all performers, trained or untrained, to grow as musicians. Her Bison Hill experience shaped her professional life in ways she could never have anticipated.

In 1959, she graduated with a Bachelor of Music Education and moved to Texas to continue her education at Southwestern Baptist Theological Seminary. There, her childhood mentor, Dr. Green, became her professor, teaching her everything she knows about choral conducting.

Stanley graduated from SWBTS with a Master of Church Music in 1962, and over the next four years, she served as full-time minister of music in two North Carolina churches. She then taught middle school music for one year before accepting an invitation to teach at Brewton-Parker College in 1966. The only professor of music in the college at that time, Stanley found herself building the program.

“It’s all about being there for them and watching them change, watching them realize who they are and what they are meant to be, and then helping them become that,” she said.

Stanley takes great joy in passing the benefits of her unique training on to others.

“OBU gave me a chance to learn good choral literature,” she said. “I got that in my home church from a music minister that was trained at OBU, then at OBU as a student, and then in seminary, again, from an OBU-trained professor. There’s a thread there. Naturally, I passed that along to my students, starting with my very first choir at Brewton-Parker. I gave them literature that was way above their heads. When those students went on to graduate college, they realized that what they were learning in graduate school was what they had already learned as freshmen with me. They told me about it, and that was the first time I realized just how blessed I’d been.”

In addition to performing in prestigious venues in the United States such as the Southern Baptist Convention and the Southern Baptist Church Music Conference, Stanley and her students performed multiple concerts in other countries such as Germany, Israel, Jordan and Greece. The highlight of one of their tours to the Middle East was performing Handel’s “Messiah” in Amman, Jordan, for King Hussein.

“If you ask my students what their favorite memories of Brewton-Parker College are, they would probably name one of the many trips we took,” Stanley said, “but I would have to say that my favorite memory was Alumni Weekend in 2011. There they were, 350 of my students singing together, and it stirred my heart to see them like that. During the concert, I asked all of those who were serving in ministry of some kind to stand. Then I asked those who were still involved in church music to stand. There were so many! Seventy-five percent or more! I just thought to myself that those were the most wonderful adults, and they had continued in their spiritual molding as well as their musical training. To see that illustrated visually was really something to me.”

Stanley has received numerous academic and professional awards over the years, two of the most notable being the honorary doctorate she received from Brewton-Parker College in 1981 and Brewton-Parker naming their new music facility after her.

Since her “retirement” from Brewton-Parker in 2001, Stanley has continued to serve the school as consultant to the president for external relations, a position she thoroughly enjoys. In her free time, she travels and sings with the Jubalheirs, a women’s choral group sponsored by the Georgia Baptist Convention of which she was a charter member; serves as interim music minister in local churches as the need arises; and conducts various workshops and concerts.

Stanley’s story is far from over, as Brewton-Parker College, the Georgia Baptist Convention, and her devoted alumni are reluctant to renounce their claim on her time and affection. And she wouldn’t have it any other way.